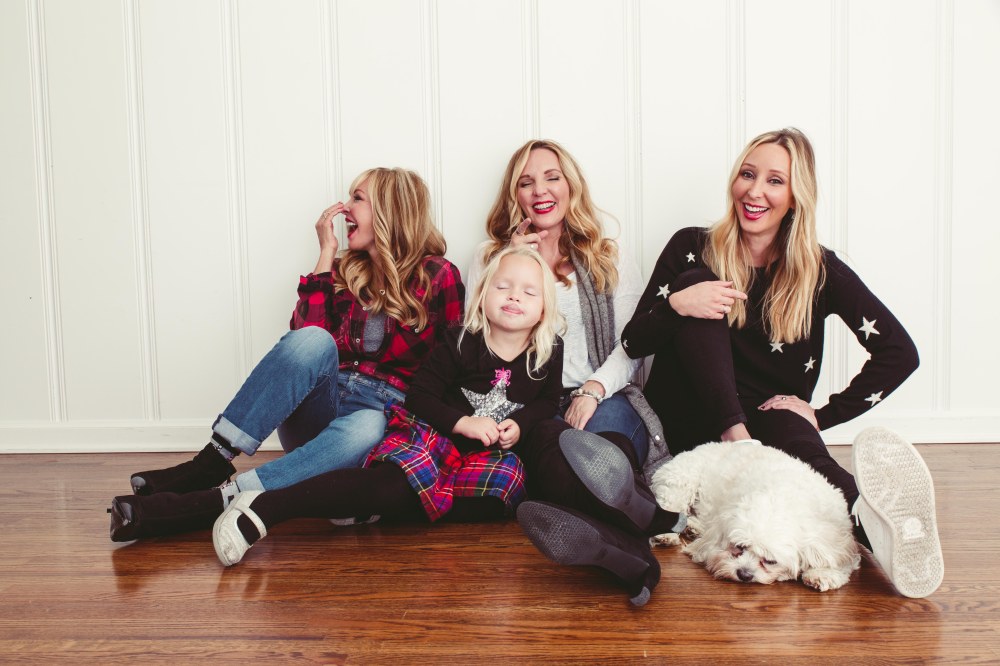 Lucy Angel is a captivating trio of tremendously talented women who happen to be related: Kate (mother), Lindsay (daughter), and Emily (daughter). The dynamic singing, songwriting, and harmonizing angels are blessed with the love and support of an intriguingly quirky and wonderfully vibrant ensemble of individuals who also happen to be part of the family.

Back on January 13 of 2015, AXS TV was so enamored by these three dazzling women and their family that the station premiered “Discovering Lucy Angel,” its first ever original docu-series. The addictive delight chronicled the chaotic sparkle of these dedicated and determined artists. [The series is currently available on Netflix.]

Since “Discovering Lucy Angel” premiered, life has been a whirlwind of nonstop musical escapades for Kate, Lindsay, and Emily. However, before they head out to their next adventure — five nights at sea on the acclaimed Country Cruising getaway — the girls recorded a charming Christmas video that glimmers with joy as a special thank you to their fans. 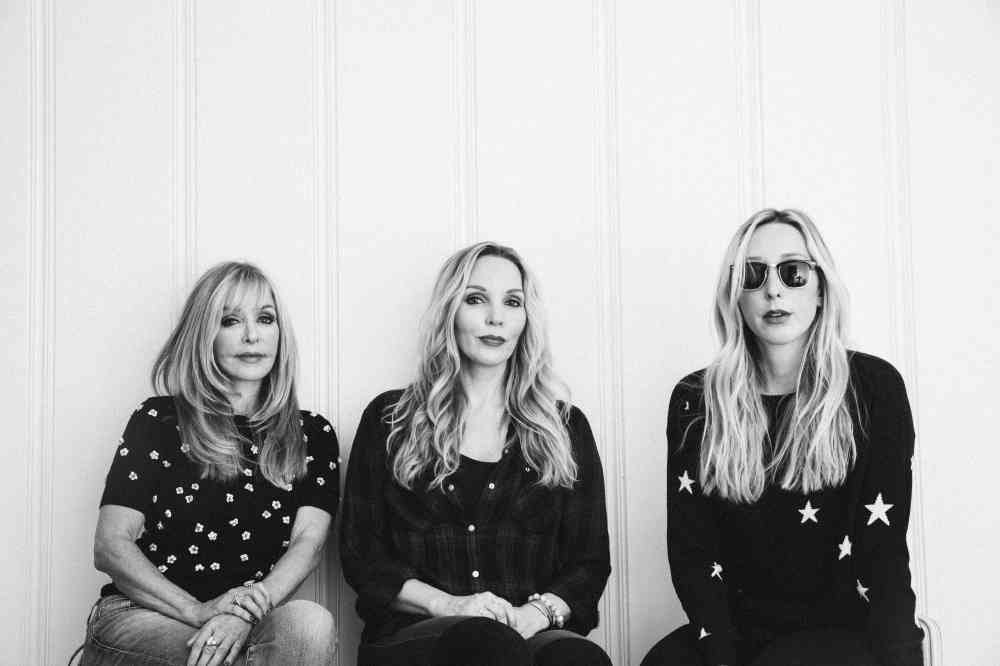 “It’s 22 here, but they said it feels like 10,” Kate stated at the start of the interview, sounding just a tiny bit out of breath. “I just walked outside barefoot with the dogs for a minute and now I’m recovering from frostbite!”

That little bit of zaniness offers some behind-the-scenes insight as to why Lucy Angel picked “Mele Kalikimaka” as their holiday gift to fans this year.

“We love Christmas,” Lindsay enthused, “Maybe next year we’ll do a Christmas album? There are so many amazing Christmas classic songs, but we’ve always wanted to do this one because it happens to be in one of our favorite Christmas movies, ‘Christmas Vacation.'”

“Unfortunately, we identify with that family,” Kate laughed.

“It’s a Griswold Christmas every year around here,” Emily added, “Literally. Down to our dad [G-Man] falling through the ceiling… I’m not joking!”

“We were in the kitchen and we heard this explosion,” Kate recalled, “and we looked up to see this leg hanging down from a five foot hole in the ceiling. There was dust and insulation floating down… and there was also a lot of cursing. Apparently, he wasn’t looking and he stepped on part of the attic floor that was all insulation but no floor.”

The incident happened right outside of brother Jake’s room, but the commotion wasn’t even enough beyond the norm to get him to open his door to see what was going on.

Emily continued, “‘Mele Kalikimaka’ was the first song we thought of doing, but because the song is traditionally done with a male vocalist before the trio comes in, we went through a list of about ten other songs. Eventually, we came back to our first choice. We decided, ‘We totally got this because we are both the artist and the trio.'”

For the video, Kate, Lindsay, and Emily stood in front of a rippling Hawaiian backdrop, each festively adorned in a white top, a Santa hat, and the perfect glittering Christmas lei.

Lucy Angel delivers the melody with a strikingly delicate elegance that blossoms into a rich and colorful bouquet of harmonies. To capture all the nuances of the performance, Jake carefully positioned two microphones near the girls and tweaked their individual placement until he caught that magical blend of voices that sounds so crisp and clean you might think it was a multitrack studio recording.

Then, just when you think it can’t get any better, the trio casually kicks into an instrumental section that is something truly special.

“I don’t know if I’ve ever heard three-part harmony on kazoos before,” Lindsay admitted. “I think it was Jake who came up with the idea. We wanted to do something wacky and totally off-the-wall, so I was going to play harmonica, but then we said, ‘No, let’s do a kazoo solo.’ But then Jake said, ‘You guys should do three-part harmony on kazoos.’ We weren’t sure if it would even work. But it totally does!”

Oddly enough, it wasn’t the musical performance that necessitated countless retakes, it was the kazoo choreography. And the laughing.

“It was all about the placement of the kazoos, where were they going to come from?” Kate noted.

“There’s one take when mom forgot to put the kazoo back in her pocket — she’d left it on the shelf right next to her — so she goes out of the shot and then comes back in very smoothly and just starts playing it,” Lindsay told Entertaining Options.

“Or if you had the kazoo turned around the wrong way,” Emily pointed out. “That’s a no go, too!”

“We really need to string together the outtakes because we were completely cracking ourselves up trying to coordinate pulling the kazoos out at the same time and then spitting them out and trying to go back into the song while remaining serious. We had the best time filming this video!” Lindsay concluded. “We’re just excited to spread a little Christmas cheer. We just had a lot of fun making this video and we hope it puts a smile on people’s faces and puts them in the Christmas spirit!”

You can watch Lucy Angel’s video for “Mele Kalikimaka,” below. But also don’t forget, “Discovering Lucy Angel” is currently available on Netflix and the girls will be performing on Country Cruising along with a “boatload” of other country stars such as Kelsea Ballerini, Chris Young, LoCash, Phil Vassar, and more. And if that’s not enough, Lucy Angel is hoping to release a new EP of all original material in the spring of 2017.