Sweet, languid, and sensual. Madeline Lauer’s latest single, “I Know You’ve Heard,” drips like fresh honey from her lips to your ears with a luxurious ease. Her soft, tantalizing voice is absolutely mesmerizing as it melts atop a slowly sizzling beat to create an intoxicating musical dream.

“The song is me admitting that I know how I affect you,” Madeline told Entertaining Options. “The main line is ‘I put fire in your blood, I can feel you burning up.’ There are a lot of elements and imagery in the lyrics like honey, fire, the moon, and flying. And, it’s got a really groovy feel to it. It’s kind of dreary, but in a nice way.” 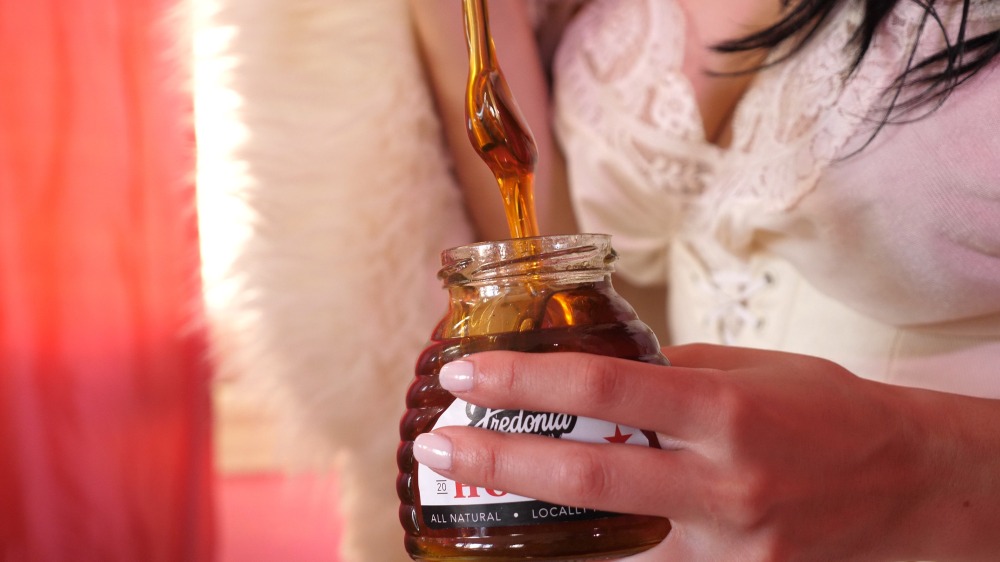 Madeline slipped “honey” into the conversation like it was just another word. Truth is, it has become a huge part of her art as it represents Madeline’s essence remarkably well. The flavor, the sexiness, the longevity… You might even call honey her spirit animal.

“I love that honey lasts forever. I love that it’s very versatile and it’s better for you than a lot of other sweet choices you could make. And, I like the sexy part of it, too,” Madeline expressed. “If you’ve ever seen a photo shoot with honey, it’s pretty intense!”

“I didn’t develop my obsession with honey until fairly recently,” she continued. “I call my friends sweetie, so a couple of years ago, I started adding the honey emoji to my messages and posts. Everyone was like, ‘I love that you’re the honey girl!’ And I was like, “I am?’ I didn’t even realize how much I used it. But I do really love honey — there are about 20 different kinds of honey in my cabinet, right now. Honey is all encompassing, it’s one of the coolest foods ever, and it’s so very sexy! So yes, I definitely have to claim that title.”

Currently, Madeline is in the middle of a larger, more involved project. She’s working on a new album that has a visual element tied to it, a story that dives a bit deeper than anything she’s done before. Because it is so important to her, Madeline is taking her time and talking to a number of directors and actors to make sure the project turns out exactly how she’s envisioning it.

Interestingly, that’s what makes “I Know You’ve Heard” such a magical track. It’s not part of this larger project, it just came out on its own, a pure expression of who Madeline is.

“I don’t know if you know this about me,” she began, “but there’s kind of this weird thing I do… I write songs in my sleep. When I wake up, I have a song in my head, and it’s a song that I wrote in my dream. Sometimes, the songs are really, really stupid. Actually, to be honest, most of them are.”

Madeline added that she also dreams entire movies, from opening to end credits.

“The songs come in the beginning credits, usually as more of a melody. When I wake up, I might remember about every other line, so I fill in the rest of the lyrics to make it make more sense. This one turned out pretty good, so I rearranged some of the lyrics and then I recorded a little voice note to myself so I’d remember it when I woke up.”

The next day, while Madeline was taking a shower, she remembered that she had dream-written a song. She listened to the recording and liked it. Then, she played it over and over again until she memorized it.

“The next time I was in the studio, I started singing that song and my producer asked, ‘What are you singing?’ I told him it was another song that I’d written in my sleep — it was kind of a joke because, like I said, usually the songs I’ve written in my sleep are pretty hilarious. But he said, ‘This one is really good. Let’s finish it!'”

Last year, Madeline released her debut album, a beautifully intimate and soulful work called Open Book — “I’ll say anything, admit anything, or talk about anything. I am very much an open book.” A little bit of teasing, a few confessions, some choice revelations, and a whole lot of honesty defined that remarkable debut. 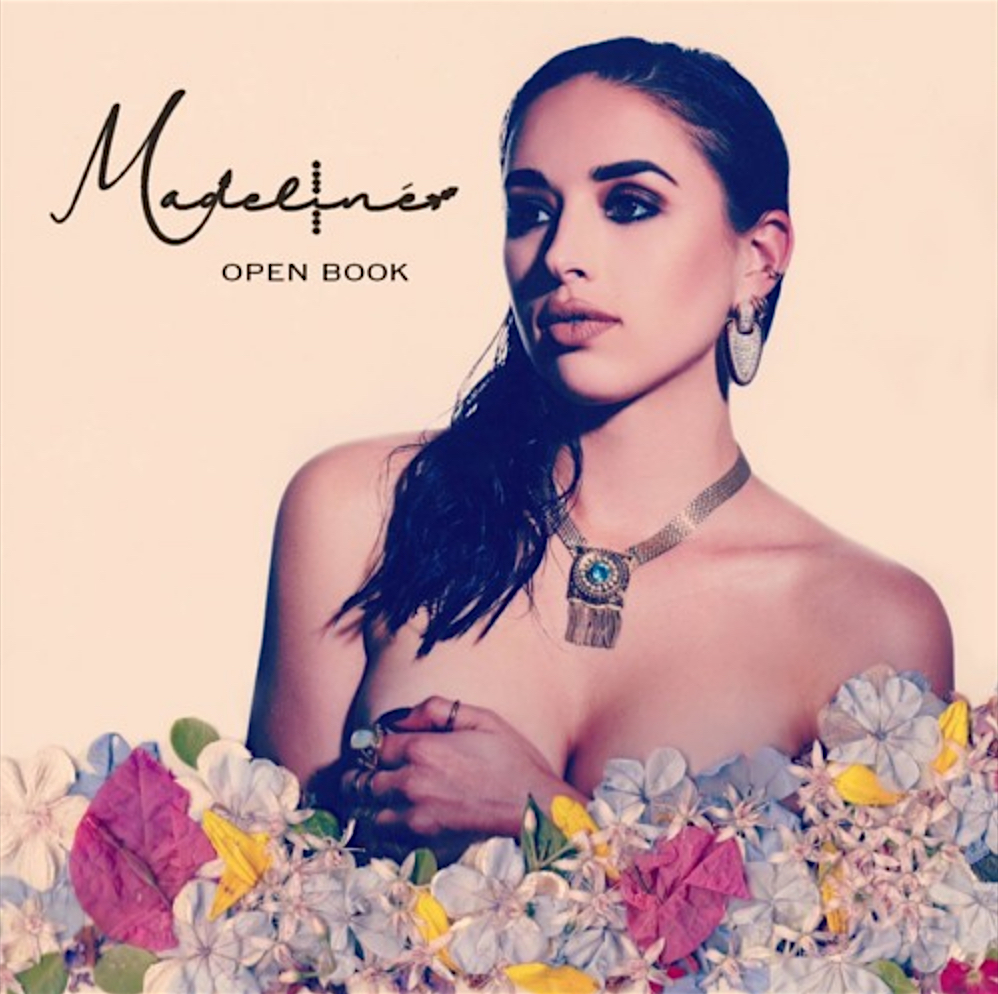 When asked if the same elements applied to this new single and if “I Know You’ve Heard” was about a particular person, Madeline replied, “Everything I write has a strong element of truth… but it’s not totally true. In the lyrics, I’m playing off of things that I’ve been told about myself, but writing a song is also about trying to make the right words fit in the right places. Yes, I write from personal experience, but, no, this particular song isn’t about a specific person.”

Madeline’s debut was about transitioning into being an adult, discovering who she was, and proclaiming that experience through music. However, as powerful and provocative as Open Book is, there is something different about “I Know You’ve Heard” that takes it to the next level. Madeline is not telling people who she is anymore. Instead, she’s just doing her. Hearing that effortless confidence drift so easily from her lips in such an alluring melody is utterly spellbinding. Madeline Lauer is, indeed, the fire in your blood. 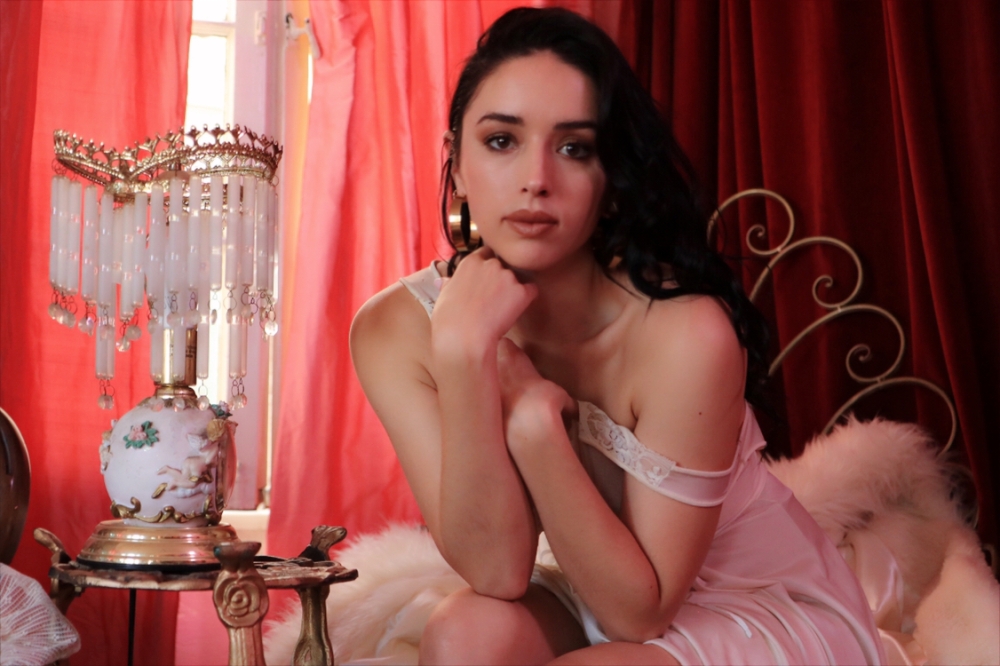 “I definitely think I have grown a lot since that first album,” she agreed. “I listen to my music a lot, and it’s not because I’m obsessed with myself, it’s because I’m trying to grow. I take a lot of time to study what I’ve done and try to move in a different direction, a better direction for me. Every project is an experiment in one way or another, even this next one. I feel like the songs I’m writing now are the best songs I’ve ever written, but hopefully I’ll continue to grow with everything I write.”

“I Know You’ve Heard” was written by Madeline Lauer, Drew Drucker, and Drew Dvorsky. The track was produced by Drew Drucker.