“I have had zero experience working in an office. Absolutely none,” Anne Dudek confessed. “However, the entertainment industry is an industry and I can relate to being a woman in the workforce. I can relate to the struggles of trying to get your foot into a place of success and power, whether you’re in a cubicle or driving around from audition to audition. I can relate to what Kate is going through and how she is trying to assert herself, she just does it in a different way than I do.”

Kate is an icy, driven sycophant who is one of two top ranking executives at Hampton DeVille, a soulless corporation that quite literally has its hand in everything. Anne, by contrast, is the warm and hysterically funny actress who plays Kate. Corporate is the astute new Comedy Central series about a brutally dystopian workplace environment, which premieres on Wednesday, January 17 at 10/9c.

If Anne looks familiar, there’s a good reason for that. She has an extensive list of credits which includes playing Francine Hanson in AMC’s Mad Men, Tracy Brand in The CW’s The Flash, Professor Pearl Sunderland in Syfy’s The Magicians, Danielle Brooks in USA’s Covert Affairs, Katie Paxton in ABC’s Invasion, Dr. Amber Volakis in Fox’s House M.D., and Tiffany Wilson in the Wayans brothers’ White Chicks.

Getting back to her opening assertion, how is Anne different from Kate?

“Hopefully, I’m not so extreme and crazy,” she laughed. “A lot of what Kate is going through is trying to find her place as a woman in an environment where a masculine dominating presence is a lot more successful. She really struggles with wanting to be authoritative, yet also very sycophantic with her CEO, Christian DeVille. [Christian is played by Lance Reddick (Fringe, The Wire, John Wick).] Kate has this whole hierarchy of where she fits in, and I think where the humor comes from is seeing her alternate between that sycophantic side and that totally domineering, authoritative side.”

“As a woman in the workplace, you need to have a confidence that allows you to muscle through to find your place in the corporate world,” Anne elaborated. “At her core, Kate is a very intelligent and very confident person who has been pulled into an absurd version of this.”

What makes Corporate work so brilliantly is the fact that it is all played very straight. These are not absurd individuals, they are real people trying to function in an absurd environment. And that’s a very important distinction because it’s the way many people feel about their own workplace.

Corporate is very perceptive and smart. The writers pay attention to what is going on in our world and depict scenarios that could have actually happened. Dudek likened the situations that Hampton DeVille faces to the fiasco Pepsi had to weather with the failed Kendall Jenner commercial from last year.

One thing that sets this series apart from other office-based comedies is the cinematography. Corporate is not a brightly lit multi-camera sitcom, it takes place in a dismal world with a perpetually overcast sky. It feels much more cinematic, almost like an art film.

“That is totally the work of a genius DP named Christophe Lanzenberg,” Anne expressed. Christophe is an award-winning Paris-born cinematographer with a distinctive style. “He was specifically chosen by Pat Bishop to make the series look very grim and dark and dramatic. It really helps us as actors to have that whole environment; it’s like we’re in a sad French movie.” 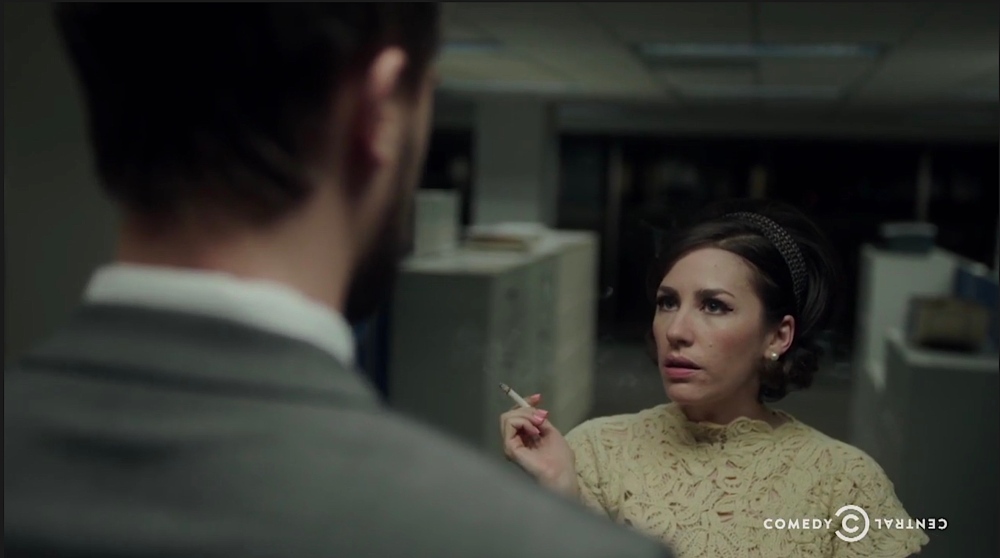 In one episode, for example, a sleep deprived Junior Executive-in-Training named Matt (played by Matt Ingebretson) is haunted by a mysterious smoking woman who seems to wander aimlessly about the office.

“I remember watching that scene on the monitor and thinking, ‘This looks so good, it’s like Mad Men. It feels that real, that dark, and that beautiful. The production quality on this show is high. It doesn’t feel like some thrown together YouTube video, it’s a very, very well thought out and visualized experience.” 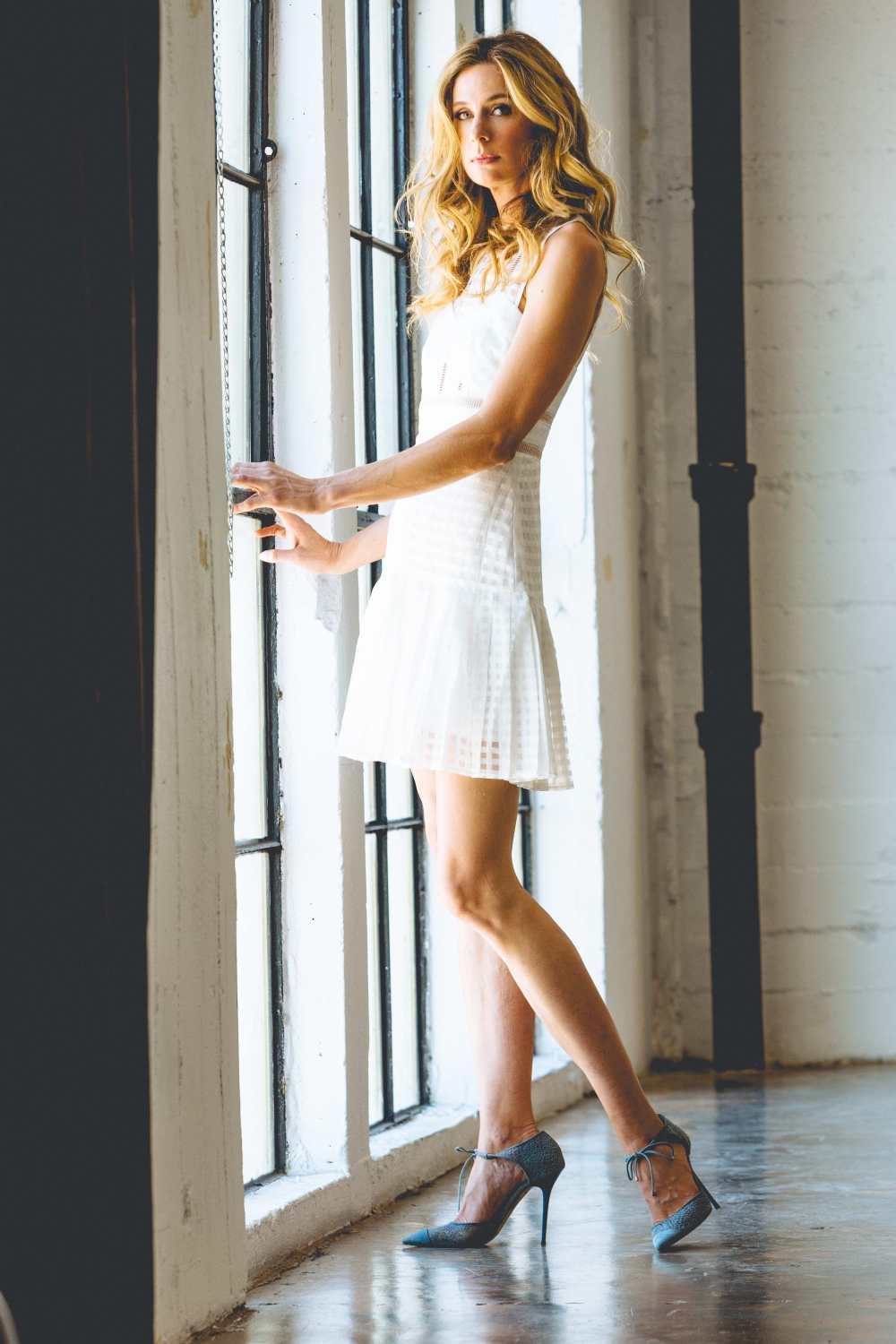 In closing, Anne noted, “I think it’s really essential to life as a human being to watch the stories of other people. It’s very satisfying to feel that immediate connection to a story that is unfolding and to also feel some kind of connection to the characters. They really got some amazing people involved in this show. I think it’s a really special project because it’s full of things I personally love to watch on television. I was so proud when I saw the finished product because I think we were pretty successful in accomplishing everything we set out to do. I hope viewers watch and discover what’s special about it, what’s funny about it, and how it is different from a lot of other shows on television.”