On Saturday, December 23 from 7 p.m. to 8 p.m. EST, ABC is airing the highlights from one truly incredible holiday celebration, the 38th Annual QVC West Chester Christmas Parade. It’s an event that shuts down nearly the entire borough to create a festive atmosphere that is more akin to something you’d experience in Times Square, New York than a historic town in Pennsylvania.

The parade actually took place on Friday, December 1 in front of an estimated 40,000 people. Blocks and blocks of streets were closed, celebrities such as Cara Mund (Miss America) and ABC’s Meteorologist Adam Joseph arrived — elevating the excitement — and then the festivities began. 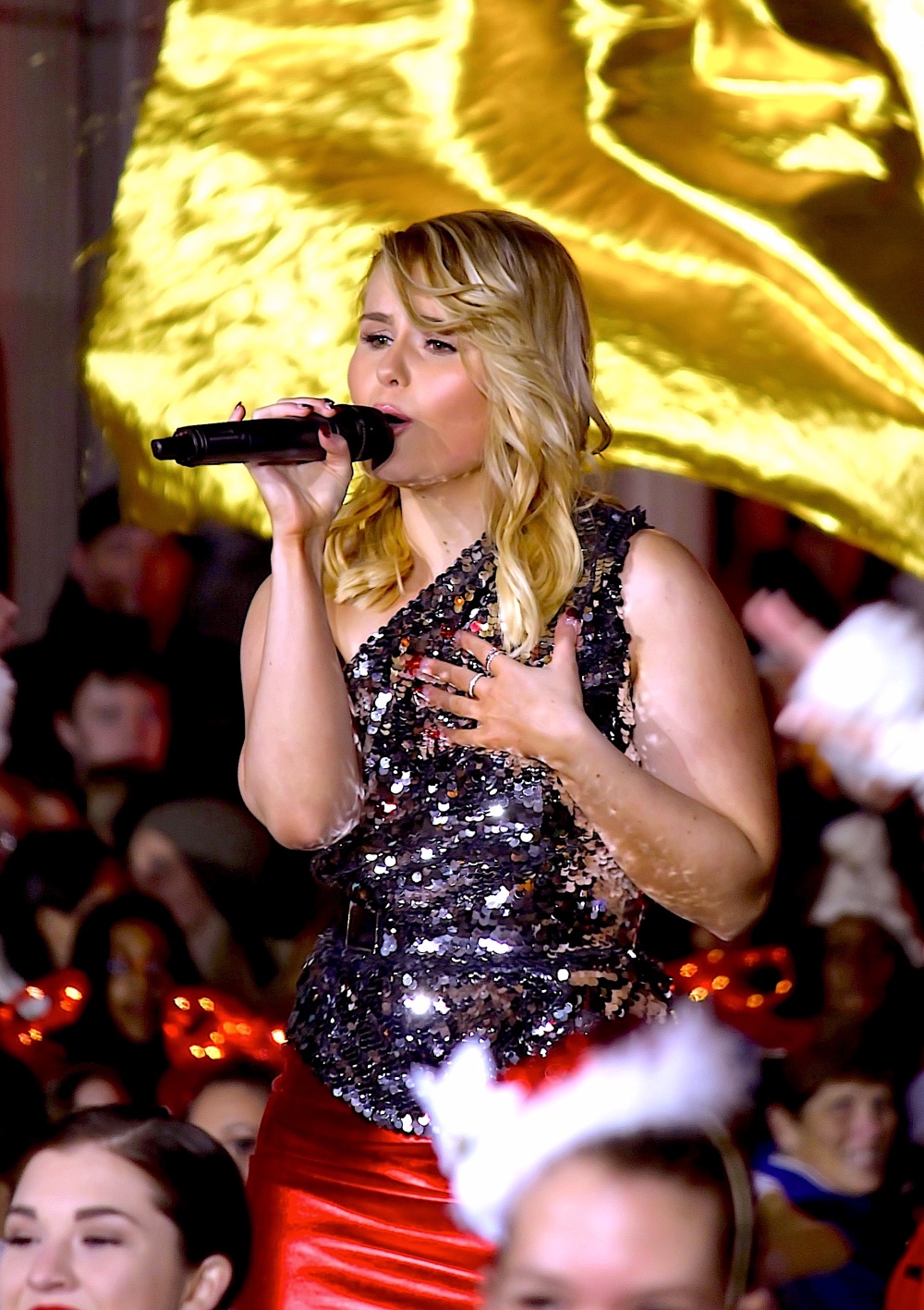 Kicking off the night was a performance by pop star Ashlee Keating. Ashlee is also an actress, a dancer, a songwriter, a model, and a New Jersey native. Her previous singles include “Ice Kingdom,” “Red Eye,” “Your Loss Baby,” “Helluva Ride,” and “Road Trippin’.” Standing atop an elevated platform, dressed in a stylish red skirt and a dazzling silver top, surrounded by dozens of dancers, Ashlee awaited her cue to start.

A few hours earlier — just after her interview with ABC — Entertaining Options caught up with the star to chat for a little bit about the event and her new single.

“This is my third time performing here,” Ashlee informed. “I’m super excited because I’m performing my new original Christmas single, which is called ‘This Christmas Wish.’ [Available on iTunes and Spotify.] This will be my debut TV performance of the song.”

Because of her singles, social media, and people who have seen her at the parade in previous years, each time she returns, Ashlee’s following increases dramatically.

“I really love being able to perform here,” she expressed. “I’m so grateful for them to keep having me back. I love seeing everyone, and every year it keeps getting bigger and bigger. The parade has really grown a lot since the first time I was here!”

In 2015 and 2016, Ashlee’s creative focus was split as she was working in film, television, and recording. 2017, however, was a little different.

“This year, I took a lot of time just to be in the recording studio, working on my craft, writing a lot, and making sure that my music was where I wanted it to be. I started releasing some music this year, but more is coming in 2018.”

All the songs coming up next year were co-written by Ashlee. She’s a versatile and accomplished songwriter who can tackle songwriting from any angle.

“If someone is playing an acoustic guitar, I start humming melodies and singing gibberish lyrics to get the vibe,” she explained. “I also really like to write when I’m alone. I create when I’m at the apartment or when I’m in my car. It’s kind of funny because I’ll get an idea while driving and I’ll have to pull over because I have to think about that idea.”

“We were talking about this at a radio interview just this morning,” Ashlee continued. “I like to write a cappella — as I’m singing a melody, the lyrics will just come to my mind — and that’s how Sia does it, too, she’ll get an idea and she’ll record the melody and lyric on her phone. However, my favorite way to write a song is by writing to a track because that sets the mood for me.” 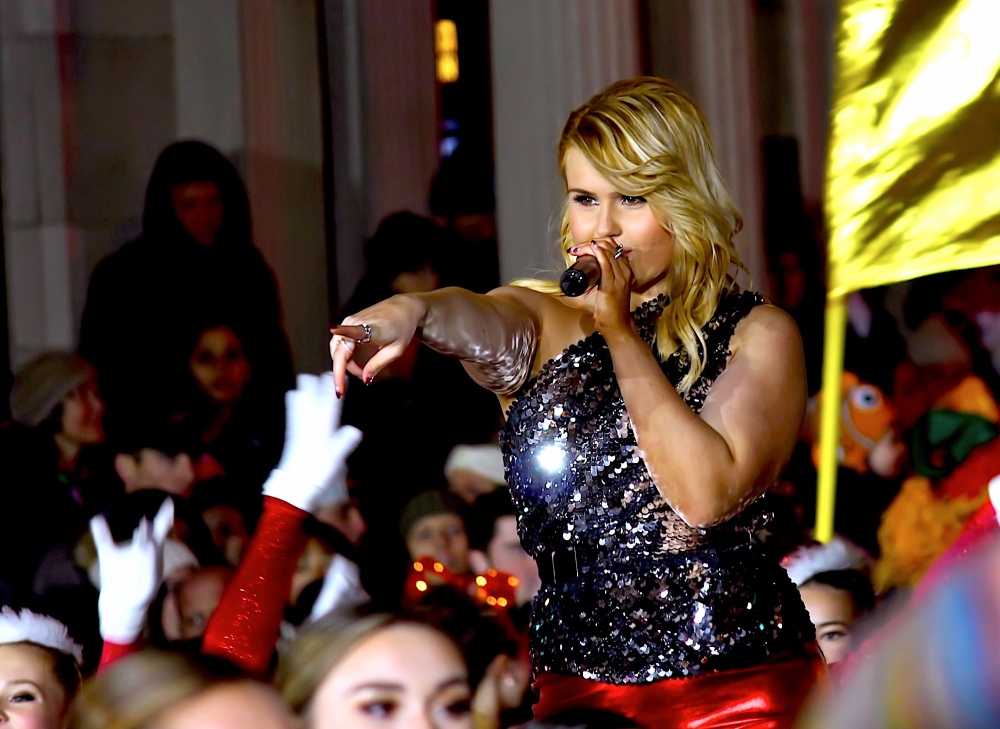 “Sometimes, I wake up in the middle of the night with an idea and I won’t sleep all night, I’ll just write,” she added.

Often, when an artist releases a number of singles, the consistency suffers and the music sounds different from track to track. Not so with Ashlee, she’s got a sound that her fans identify with and adore. The main reason for such remarkable consistency is likely because, on top of all of her other gifts, Ashlee has an ear for producing.

“I definitely had more of a hand in producing this EP,” Ashlee revealed. “It was really more of a collaboration with my producer. I would give him a lyric and a melody and I would say, ‘Hey, I think it would be cool if we added some guitar and some bass and some drums.’ From there, we would build the track together.” 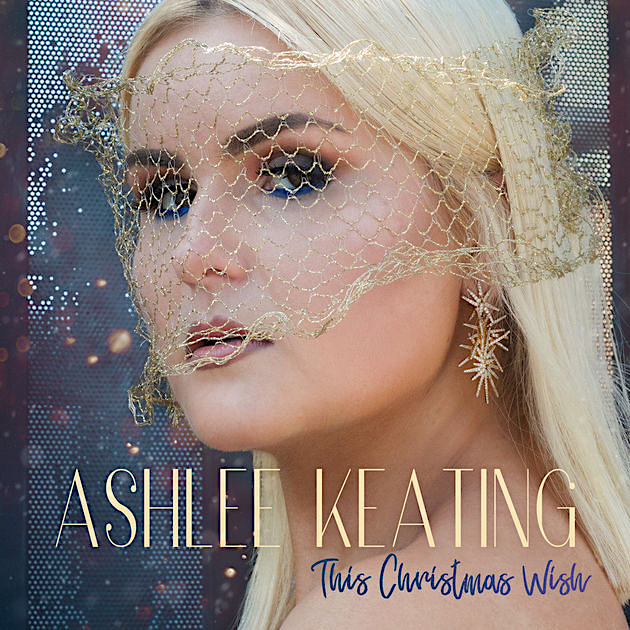 “This Christmas Wish” is an upbeat pop song with a driving bass line and a soaring melody. It captures that feeling of ramped up excitement that you get during the holidays.

Fun Fact: Ashlee’s top two favorite things to do over the holidays are visit family and go skiing.

If you are in the Philadelphia area and you’d like to see Ashlee’s performance in the 38th Annual QVC West Chester Christmas Parade, tune into ABC on Saturday, December 23 promptly at 7 p.m. and watch her kick off this spectacular event!