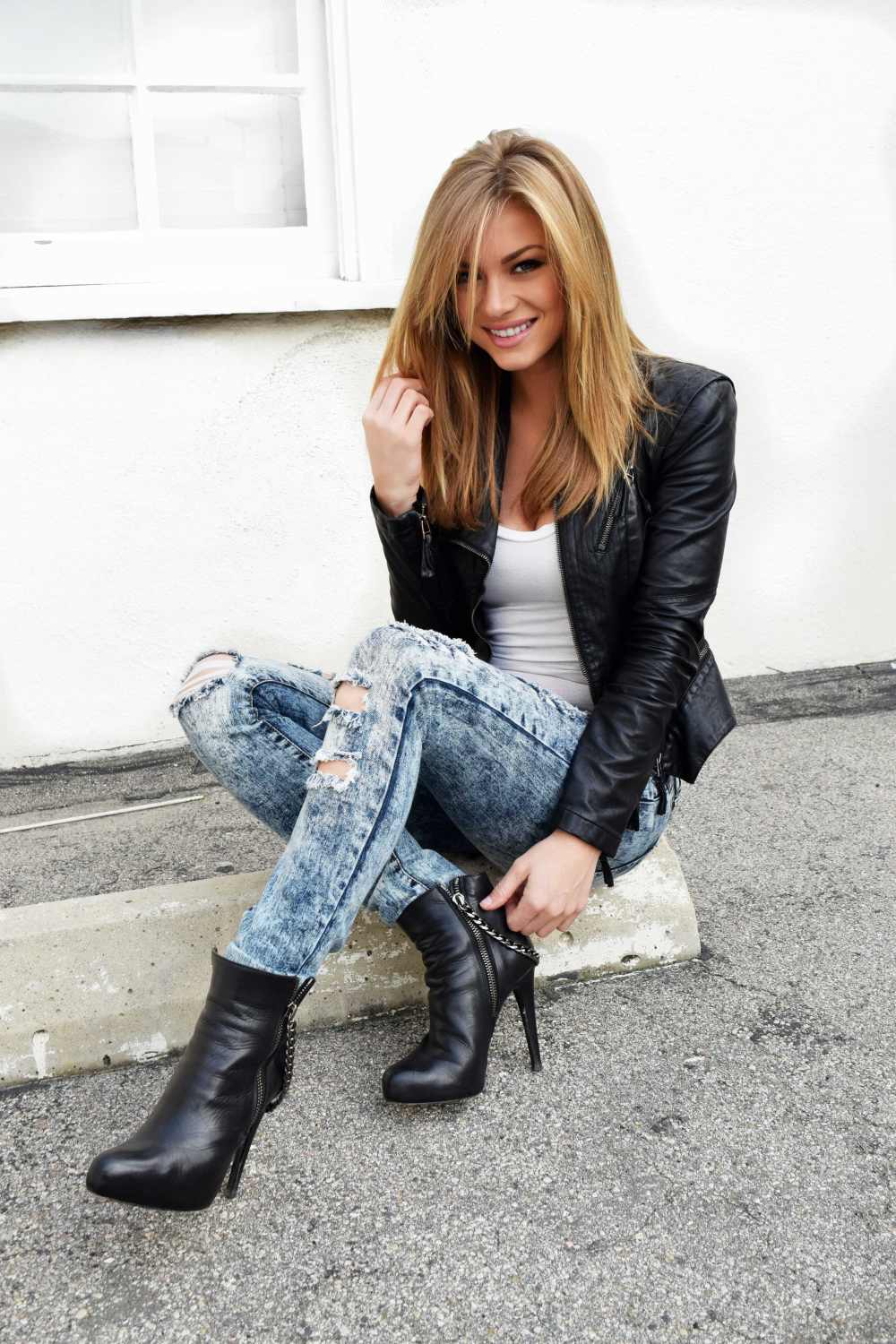 There are so many reasons why you might recognize Nikki Leigh. She’s a model, a centerfold, a Fantasy Sports Radio host, a red carpet host for the ESPY awards, she appears in the web series Hot Girls Get Away with Sh*t, she sings, and she acts. Her list of IMDb credits includes Two and a Half Men, NCIS: Naval Criminal Investigation Service, and Lifetime’s Open Marriage, along with dozens of other movies and television shows. 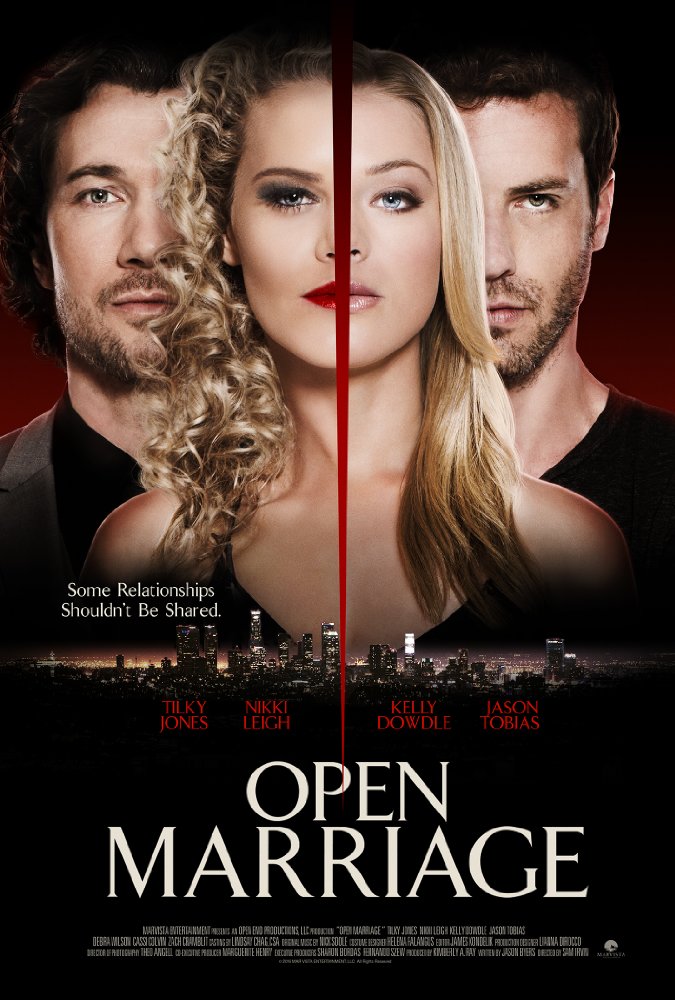 This year has been a stellar one for Nikki, starting with her role in one of Lifetime’s most popular movies, Open Marriage. The story revolves around two couples that agree to venture outside their respective marriages in an effort to rekindle passion for their original partner. All seems perfect until the open relationship catalyzes unexpected events that put the couples in danger.

“Lifetime is bold,” Nikki expressed. “This movie has been amazing for me. Lifetime puts out so many movies — they have a new movie every couple of weeks — but I still get text messages with pictures of me on my friends’ TV screens with a message saying, ‘It’s on again!’ It’s hard to wrap my head around that because it’s been playing since January. Thank you Lifetime. And thank you to all the people out there who are curious about open marriages… because there seems to be a lot of you!” 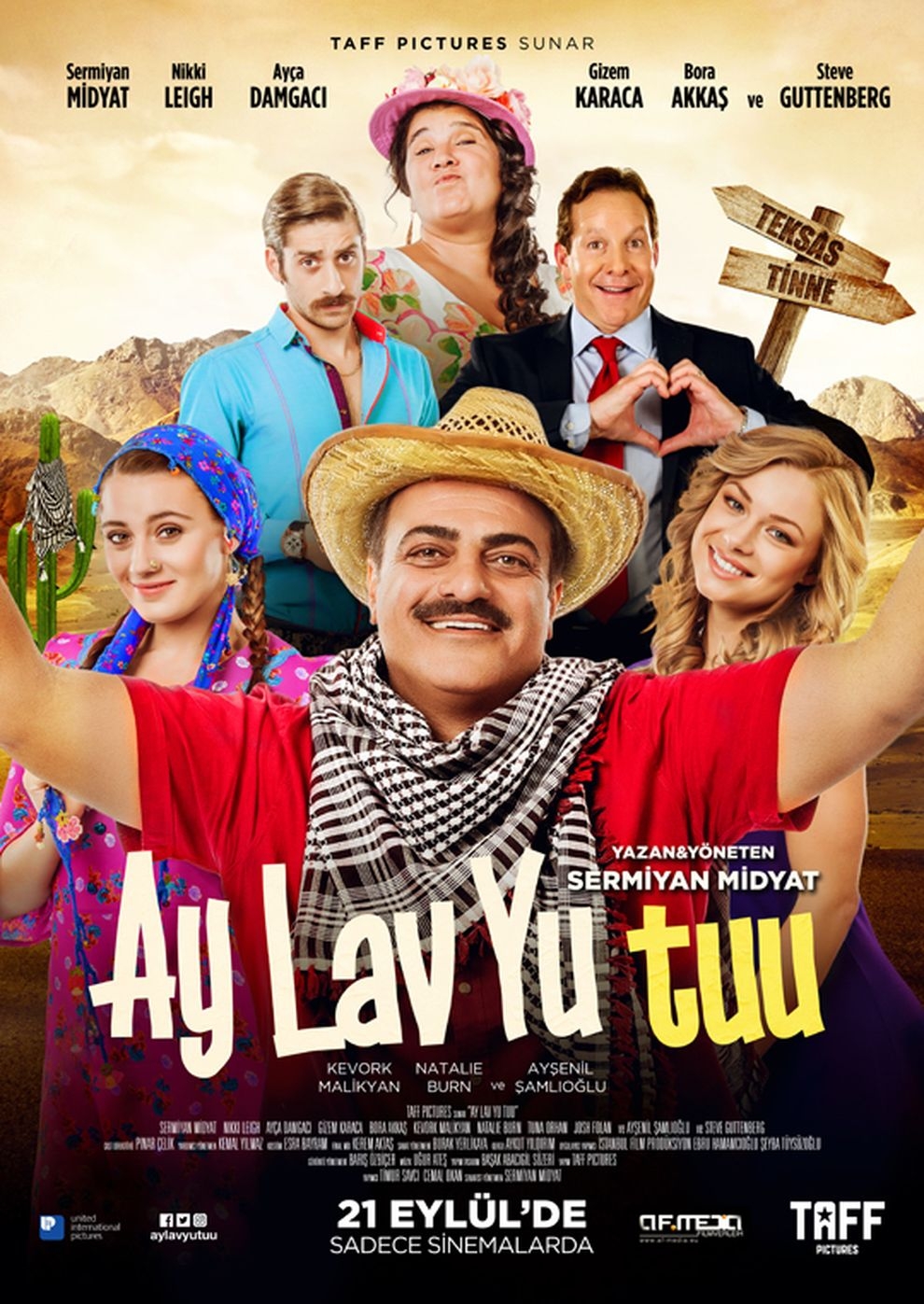 Next, the actress worked on the highly-anticipated Turkish comedy called Ay Lav Yu Tuu. The film follows a couple, Ibrahim (Sermiyan Midyat) and Jessica (Nikki Leigh), that travels back to Turkey to introduce the townspeople to the modern ways of the western world.

“Steve Guttenberg plays my father,” Nikki informed. “It was pretty awesome working with him. The reason My Big Fat Greek Wedding was so funny and so successful was the crossing of two cultures, and that’s exactly what this movie is. I’m from Texas and my husband is from Turkey. The premise of the movie is his little town in Turkey is not able to sustain itself, so we try to give it an opportunity by teaching the people there the ways of the Western world. That whole disconnect is really hilarious. I got to play the lead and I had to learn Turkish for the entire movie!”

When asked if it was tough learning Turkish, Nikki replied, “The language is so, so hard. Everything is completely backwards. You don’t say the action until the end, so when you’re formulating your sentence, you don’t know what is happening until the very, very end. I went over there not knowing I would be speaking Turkish, they didn’t tell me that! So I get over there and I’m super excited, but on the second day, they hand me a Turkish script and say, ‘Please bring this to your translator.'” 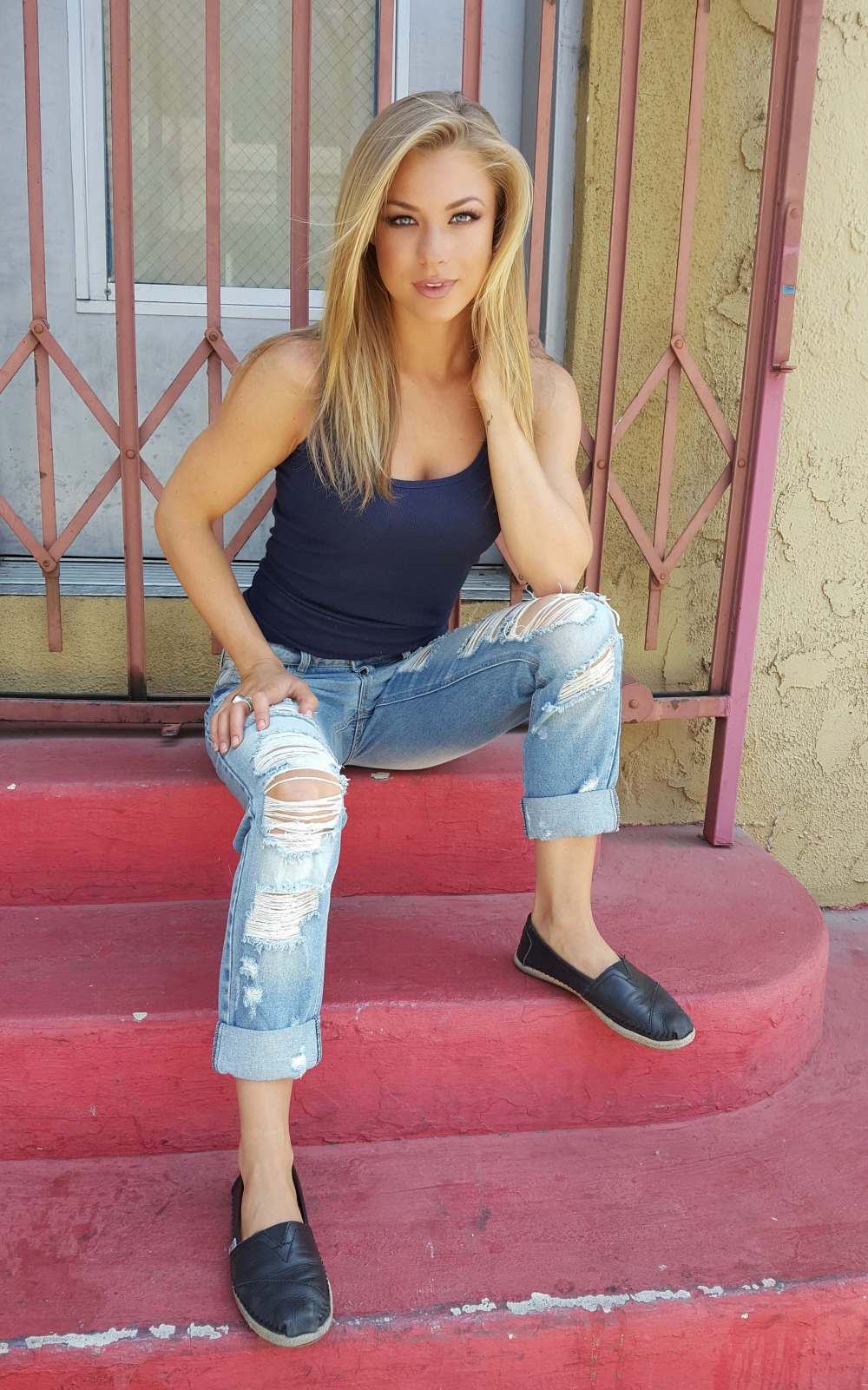 But it turns out, the translator, wasn’t a translator, she was Nikki’s teacher. And she was only available for two weeks.

“I had to learn how to read and write Turkish in two weeks! It was the biggest challenge of my life. I took Spanish for four years and I can’t remember how to say anything,” she laughed.

However, since she was totally immersed in the culture, Nikki was able to catch on enough to be able to do the movie. Consequently, one of her most used phrases was “çok hızlı ilerliyoruz,” which roughly translates to “We’re moving too fast.” But, she had to be careful with the pronunciation because if she was just a little off, people would think she was saying something else… a phrase which happened to be rather inappropriate. 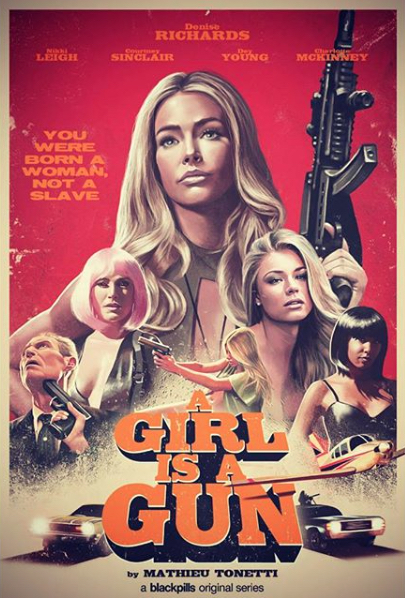 Her third release in 2017, A Girl Is a Gun, came out just a few weeks ago on a revolutionary new app for mobil devices that is called blackpills. blackpills offers 100% free and exclusive streaming content that is “fun, raw, intense and without taboos.” A Girl Is a Gun is a series of 10-18 minute episodes that stars Nikki, Denise Richards, and Courtney Sinclair as vigilante women who are bringing about a revolution of female empowerment.

“The man can beat the woman down only so much because when we get together, we will rise and we will strike at the heart,” Nikki warned. 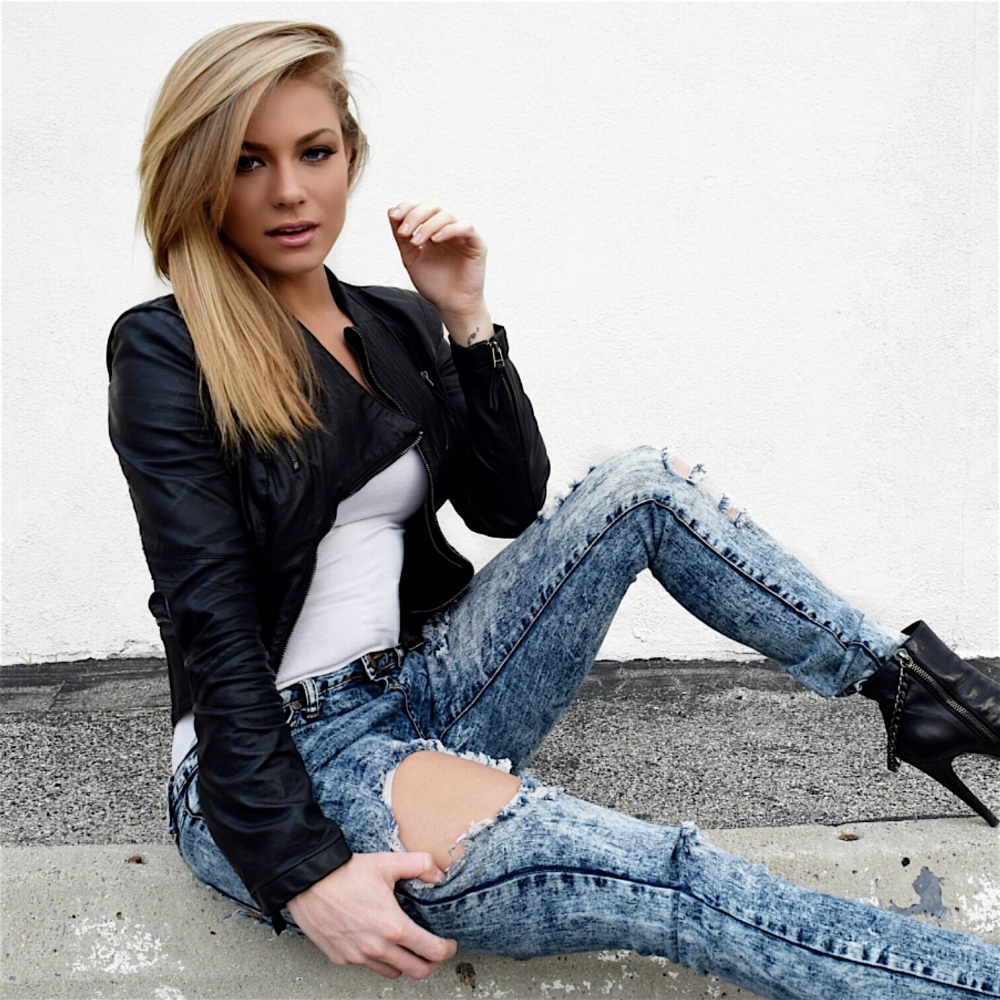 Nikki was offered the role of Santa Fe, but unfortunately, it was at the same time she would be in Turkey filming Ay Lav Yu Tuu so she had to turn it down. But as fate would have it, they couldn’t find anyone they liked as much as Nikki for the role, so they asked if she could come in and audition again as soon as she returned from Turkey.

“I was given this seven page monologue and they wanted me off-book for the next day,” Nikki recalled. “I really love studying, so I put my all into it and I learned those seven pages. I went in the next day and they were impressed enough to hire me. It is a huge lead role and I am very blessed to be a part of it because it’s a very strong concept. I can’t wait for everyone to see it!”

Entertaining Options wondered if Nikki had been tempted to improvise any of those seven pages. 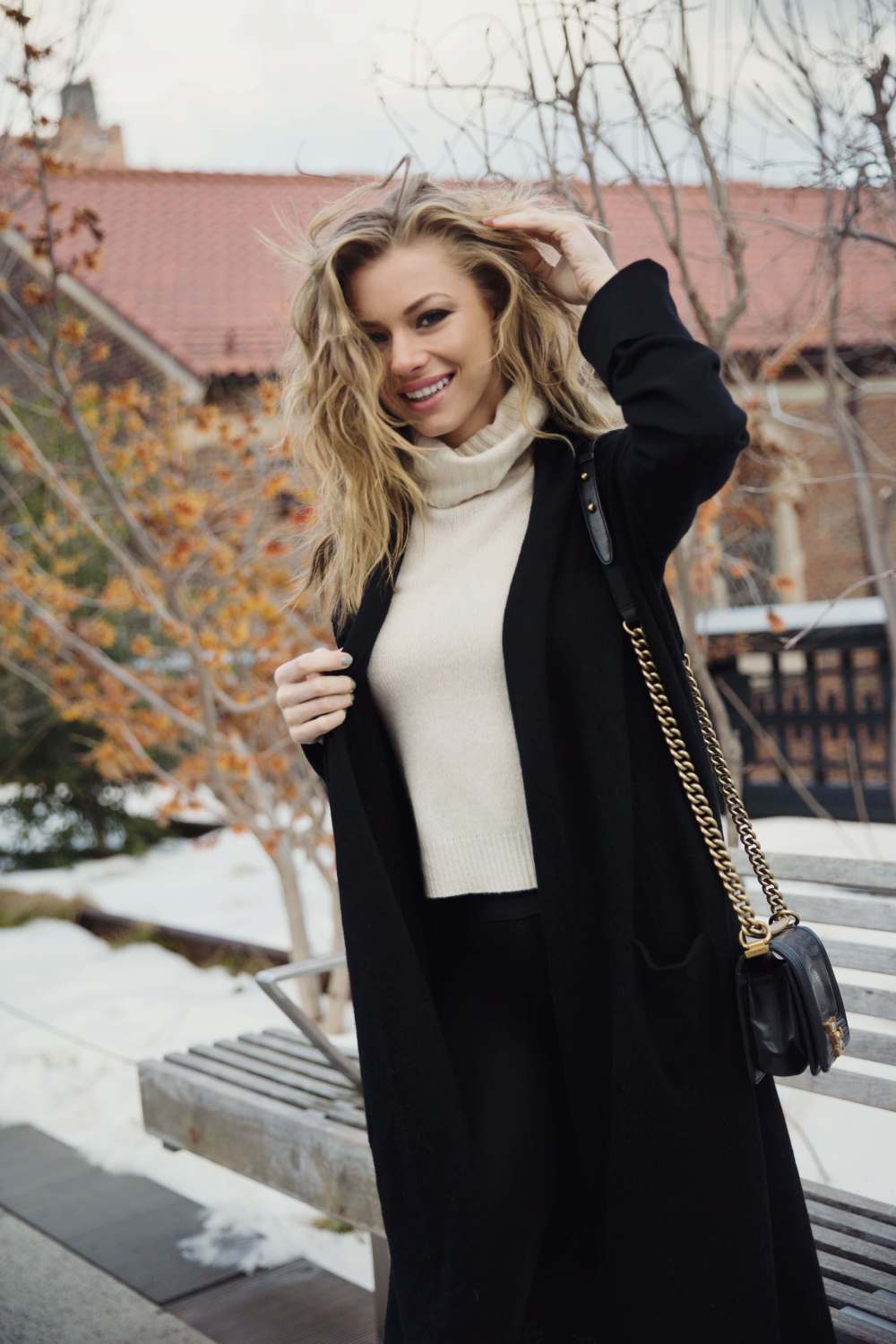 She laughed. “I am such a Virgo! I am not kidding. It’s to the point where I don’t think I ever improvise much, if any, because I want to get the flow right. I respect the writers so much that I really want to make sure that I say the words that they wrote.”

Looking ahead, Nikki already has five projects listed for 2018 on her IMDb page. How does she manage to navigate the tricky waters of this business to keep her career moving forward?

“I didn’t start acting all that long ago, and it’s already changed drastically,” she pointed out. “There’s such rapid growth and change in this industry that I feel like I have to be on top of it or I will get lost. This is my business, I am my own business, so I have to run it with a firm and steady hand. I am always looking for new ways to grow with the times and new things to be acting in. Social media is something I work on every day.” 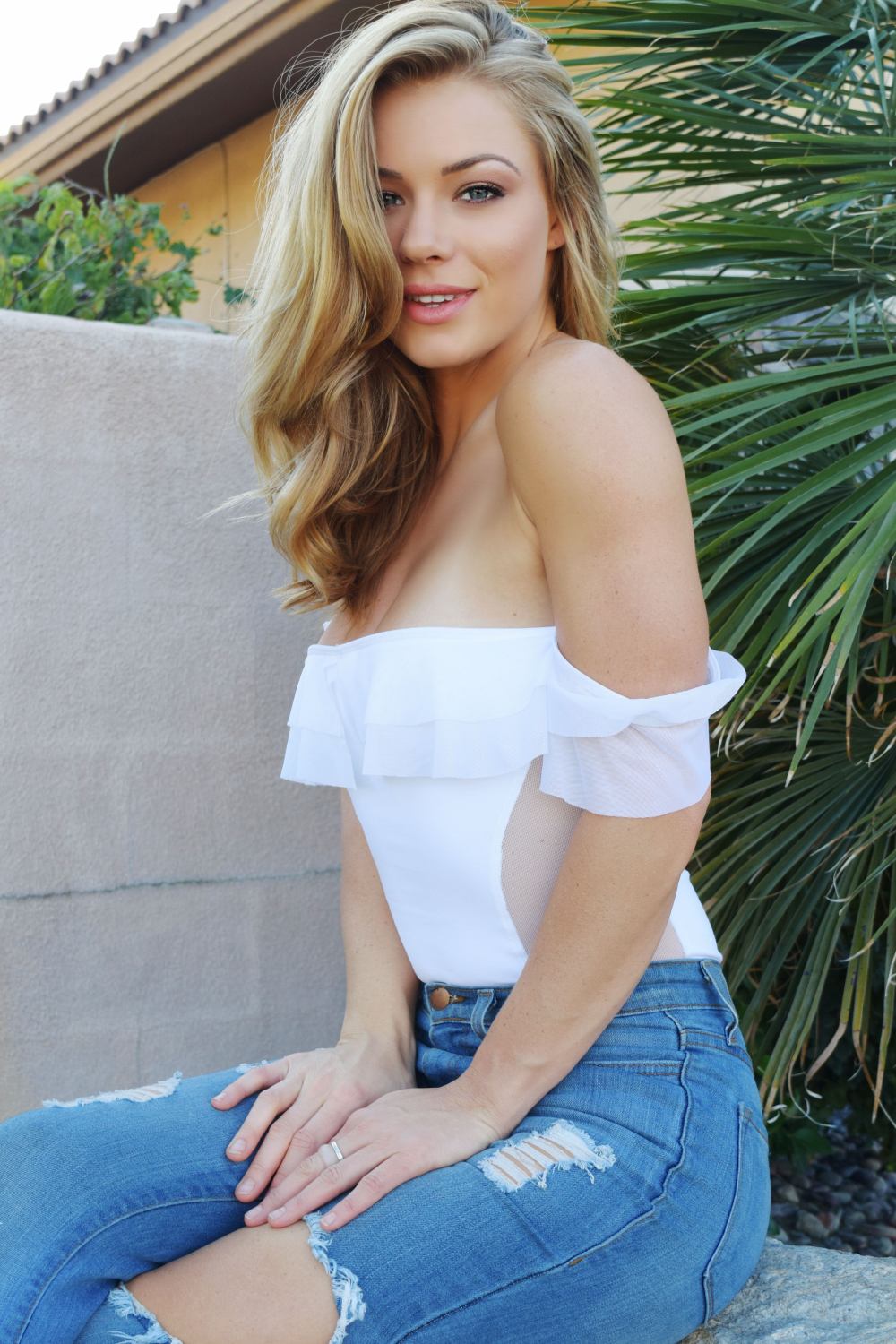 Although she is a striking woman, Nikki doesn’t believe the definition of beauty is how you look. “Beauty comes from the inside,” she assured. “You can’t control how you look, that’s your mom and dad’s doing. You can have the most beautiful exterior, but also have the darkest heart… and that’s not beautiful. If you’re a kind person and you are able to care about other people and understand how they are feeling, that’s where beauty comes from.”

“I am constantly hoping that I’m putting out enough into the world,” she continued. “I try every day to do an act of kindness of some sort, no matter what it is, a compliment or actually doing something physically. It can be as simple as just making somebody smile.”

“When I was in Turkey and we were filming, we were in the ghetto. There was no electricity and it was so beautiful to see how people lived in the complete opposite way that we’re used to. The kids would come up and offer you gifts. They gave me a big sunflower that came from their fields and I got to pick out the sunflower seeds myself — I’ve never done that before. When they saw it made me happy, they would just light up. On my break, I was always saying “Hi” to all these different people and I would constantly be hugging people. That is where I felt I was really finding myself. There are so many people on this planet, you want to be sure that you’re making a little bit of an impact whenever you can.”