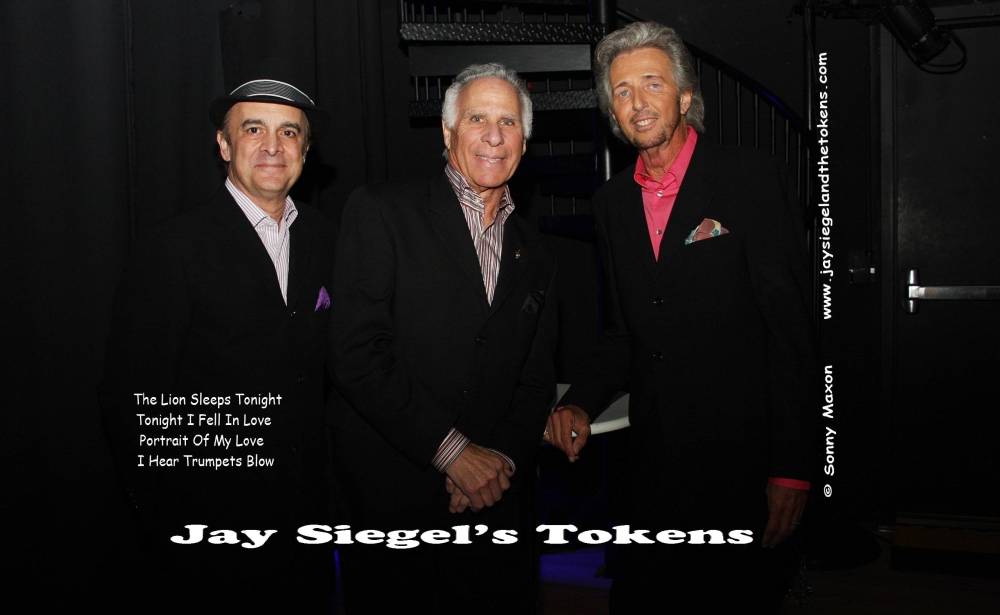 Brooklyn, 1955: Jay Siegel teamed up with Neil Sedaka in high school to start a group called The Tokens. The quartet, rounded out by Cynthia Zolitan and Hank Medress, recorded “While I Dream” and “I Love My Baby” for Melba Records. Three years later, Neil left the band. In 1961, a reformed The Tokens, now comprised of Siegel and Medress along with Mitch and Phil Margo, made their first mark on the charts with “Tonight I Fell In Love.” In October of that same year, the band released what would become one of the most iconic songs in the history of music, “The Lion Sleeps Tonight.”

On Sunday, September 24 at 5:30 p.m. (doors at 4:30 p.m.), Jay Siegel’s Tokens and Charlie Thomas’ Drifters will be gifting concertgoers with an unforgettable evening of timeless hits at Freehold, New Jersey’s undisputed indoor mecca of family fun, iPlay America! Tickets range from $45 to $75 and include performances from both legendary bands as well as a delectable buffet, which includes a mixed green salad, Eggplant Rollatini, Penne Vodka, Chicken Francaise, Petite Sliced Tenderloin, seasonal vegetables, rolls, and mini desserts served family style at the table.

“It all started with that first big hit record, ‘Tonight I Fell in Love,'” Jay told Entertaining Options. “That was the first record that we wrote and produced. After that, we all looked at each other and wondered, ‘What if we become a one-hit wonder?'”

Determined to ensure that wouldn’t happen, the guys in the band learned everything they could about all facets of the music industry. They formed a company called Bright Tunes, started producing songs for other artists, and went on to launch a record label called B.T. Puppy Records. 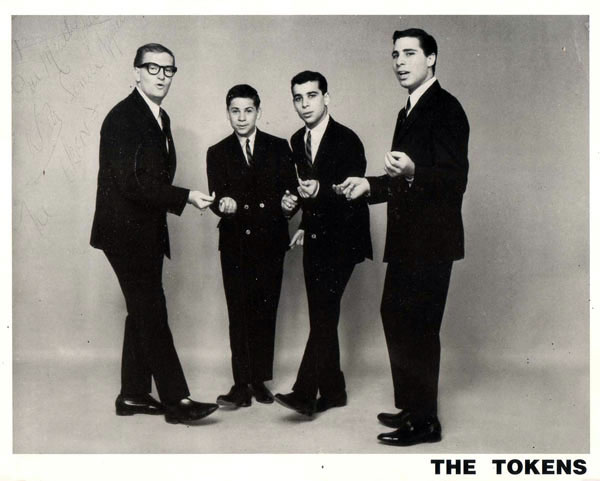 “We were the first vocal group that produced a #1, million-selling record for another vocal group,” Jay pointed out. “We produced ‘He’s So Fine’ for The Chiffons. We also produced ‘One Fine Day’ and ‘Sweet Talkin’ Guy.’ Then we produced all the hit records by The Happenings and Randy & the Rainbows. And, we did all the records for Tony Orlando. We produced ‘Candida,’ ‘Knock Three Times,’ and ‘Tie a Yellow Ribbon Round the Ole Oak Tree.'”

Additionally, the band had an impressive career producing jingles, as well. “One year, we had 32 jingles on radio and television that we wrote and produced. That actually paid for the down payment on my house.”

It turned out, however, that the band’s fear of having a fleeting career with only one hit song of their own was unjustified. Besides the aforementioned hits in 1961, “Tonight I Fell In Love” and “The Lion Sleeps Tonight,” The Tokens had nine more singles in the Top 100 between 1962 and 1970.

In his performances, Jay often asks the audience, “Do you remember where you were and what you were doing the first time you heard ‘The Lion Sleeps Tonight?'”

“People do seem to remember the first time they heard that song. They tell me that all the time,” Jay informed. “And, it’s unbelievable how this song continues to live on. Somebody just sent me a video of a group of about 50 four- and five-year-old kids in Detroit doing a big show for their graduation. The big number at the end of the show was ‘The Lion Sleeps Tonight!’ When the song was featured in The Lion King, we acquired a brand new audience. I don’t think there’s a person in the world — whatever age — who doesn’t know this record.”

One of the challenges a vocalist faces when performing music that was first recorded so long ago is singing in the original key and hitting all the notes. Not so for Jay. Over half a century later, he can still nail it live! 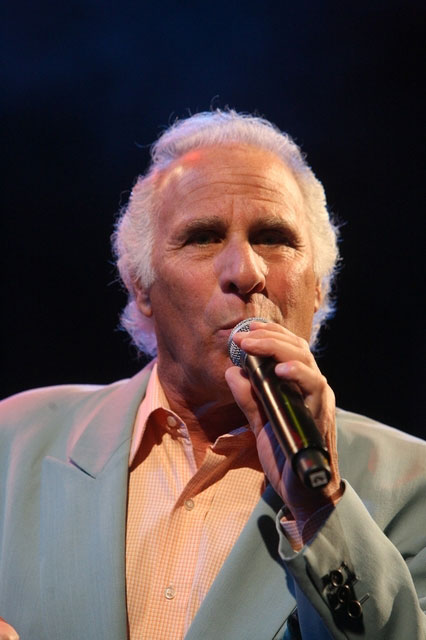 “You want to know how I keep my voice? I have the same answer I’ve had since the crazy ’60s. I am still able to sing in the same keys that I recorded all these records in 50 years ago because after a show, I go home.” He paused for dramatic effect. “That’s it. That’s the secret. Here’s why. When I was growing up in the business, a lot of the acts would hang out at the clubs and the bars till all hours of the morning, breathing in the smoke and trying to talk over the din of the crowd. I never did that. I treated every performance like a job — after I finished my job, I’d go home to my family. That’s how I saved my voice… That’s how I saved my life.”

Jay corrected himself slightly, “Performing is not a ‘job.’ A live performance is the most gratifying aspect of my career. Yes, we’ve had a lot of success in production, but there’s nothing like getting that energy from a live audience. The ‘job’ is doing what you need to do to get to the performance, but once you’re there, it’s a pleasure.”

At iPlay America, Jay Siegel’s Tokens will perform the hits, he’ll talk about the history behind the songs, and the band will perform some of the singles they produced for other artists.

“We try to involve the audience in our show, make it interactive, and just have a fun time. It should be a great night.”

“iPlay America is a tremendous facility,” he added. “It’s got everything going on from kids to adults. Which is perfect for our audiences. Sometimes, there are five-year-old kids in the crowd when we perform. Their parents brought them… Or their grandparents brought them,” he laughed. “They want to hear ‘The Lion Song’ or ‘The Jungle Song.’ When I’m looking out into the audience and I see all these little kids singing every word, I get very emotional.”

When all is said and done, what does Jay hope to accomplish with his music?

“I hope it makes you smile,” the legendary artist responded.

Tying up loose ends: What about Jay’s high school friend, Neil? What happened to his career after leaving The Tokens? Siegel laughed, “Don’t worry, I think he did alright.”