Unfathomably original. “CANDiLAND” is a disarming cacophony of brilliance born so far beyond convention that even time will be powerless to dilute it’s impact. It is a movie that will forever linger within the shadows of your late night thoughts. 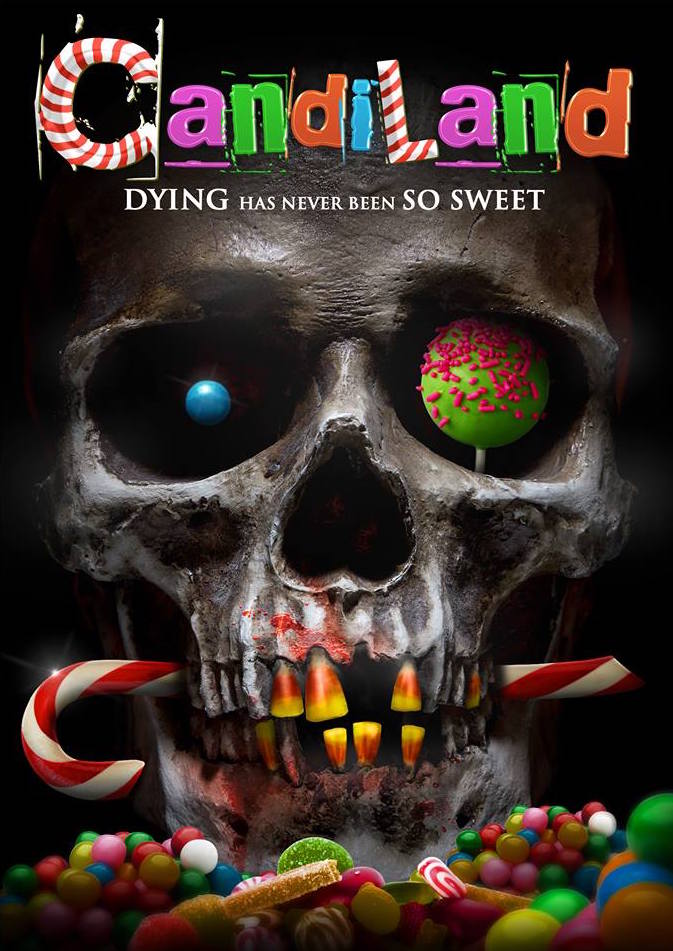 “CANDiLAND” (Viva Pictures, IndustryWorks Pictures) is a feature film from Motorcycle Boy Productions in association with Greendale Productions. This past weekend, the movie had its Canadian premiere in Vancouver. On Tuesday, February 7, “CANDiLAND” will be released in the US on DVD at Walmart along with other retailers and rental kiosks. Additionally, the film will be available on demand at iTunes, Amazon, and Vudu. Next month, “CANDiLAND” will be available throughout Canada.

Director Rusty Nixon expressed, “Elizabeth Engstrom’s cult novel has haunted me since I first read it twenty years ago. It was an honor to bring the book to life and to work with such a passionate cast and crew to create an unforgettable film experience.”

Entertaining Options recently had the chance to speak with Gary Busey about the film.

“Three years ago, I got a job opportunity in Vancouver, Canada and it was called ‘CANDiLAND,'” Gary began. “It was a wonderful script. It was different with great dynamics in it. I accepted the part and went up to meet Rusty Nixon — he wrote it, directed it, and edited it, he was a real Renaissance man with that film.”

“I had a feeling in my artistic heart and I decided to play this character as a former Marine,” he continued. “To have that Marine armor around you when you’re playing a part, it really gives the character a different look — it’s very, very solid and very, very strong. My son in the movie, Peter (James Clayton), was with a girl named Tess (Chelah Horsdal) and they were living together in an apartment. They were completely going against the grain of the soul of life. The things they did, the things they were playing with… I came in to try and help my son, to try to get him away from the girl. It’s a comedy. It’s a drama. But I don’t want to tell you any more because I want that to be the bait on the end of the hook that brings people in to the theater or gets them to buy the DVD.”

“CANDiLAND” is a wildly imaginative adventure that is almost childlike in an unnerving way.

“It’s very good in it’s own unorthodox, crazy, dynamic style of filmmaking that Rusty has,” Gary agreed. “His inner child gets very big and gets to play with the camera and the film and the script. It’s lovely because it all works, it all comes together without effort — it went like smooth butter on cinnamon toast. The set was nothing but love and compadreism. There was care, sensitivity, honesty, love, and especially the ability to communicate with truth and without fear. There was no fear there. Anything you’re working on in life, fear is not allowed.”

“It was a great experience. When we wrapped, it was like, ‘Aw man, it’s over?’ But when you have a feeling like that when you wrap, it’s actually a good feeling because you know what you did during the making of the movie was completely genuine and true. I’m really happy to be a part of this film.”

The conversation turned briefly toward family and Gary handed the phone over to someone very special.

Luke is Gary’s third child — his siblings are Jake and Alectra. And, he is absolutely adorable.

“Adorable? He’s more adorable than adorable can be defined on earth. He’s beyond the meaning of the paradigm of the word adorable. He’s like an angel in an earth suit,” the proud father beamed.

When asked if he had had anything to say in closing, Gary replied, “This is a movie that will get your attention and you’ll be able to watch it again and again and again. And each time you watch it, because of the way the film is edited and the way it comes at you without warning, then it just stops and goes in another direction, the next time you see it, you’re going to see something that you didn’t see the last time. Rusty put that all together in the film. If you can see it in the theater, go because it’s one of those must-see movies. But then you’ll have to get it on DVD so you can watch it again and again and again.”