“When you want something, the whole universe will conspire for you to have it … Signs [are] when you look around and you see, ‘The universe is talking to me!’ I have to understand this language.” — Paulo Coelho author of The Alchemist

“There was this time in my life when I was younger and I had gone through a really bad break up and I was trying to decide what I wanted to do,” Tammy Gillis told Entertaining Options. “The man who broke my heart wanted me back, but there was this other guy in play, too. I was stopped at a red light on the highway and I was thinking about this, and I was so conflicted. As I was sitting there, a semi-trailer passed right in front of me and it had the name of one of the boys on it, and the truck was going west to Vancouver, which is where I was thinking about going. I just started laughing so hard because, literally, that could not have been any clearer!”

According to Coelho, there is a language of the world, and to become fluent in it, you have to listen, make mistakes, and learn how to understand it. It involves subtleties like signs and coincidences that are easy to overlook. However, once you learn the language, you’ll be able to see your path much more clearly and your life will begin to make much more sense to you.

Last year, among other accolades, Gillis received three “Best Actress” awards for her masterful work in Farpoint Films’ riveting feature length, Menorca. It was a leading role that changed her life.

“It just takes one person to believe in you and your talent on that level,” Tammy explained. “Then other people sort of step up and start believing in you as well. Menorca was a hard movie to make — I channeled a lot of the loss of my mom into it, so I feel like it was also a bit therapeutic. It definitely changed a lot for me because it allowed people to see me in such a different way, a more vulnerable way. I was very open in this film and you could see more of me in this movie than you could in a lot of other roles that I played.”

Since then, Tammy has been incredibly busy. At one point last year, she was working on three shows at the same time.

“That was a little crazy,” she acknowledged, “but I was like, ‘Wow! This is the dream and I am so grateful.'”

There are definite threads of coincidence running through everything Tammy has done over the past year, which confirm that she is, indeed, on her path of “discovering her Personal Legend,” as Coelho might say. As proof, you can see Tammy in not one, not two, but three different roles this month. 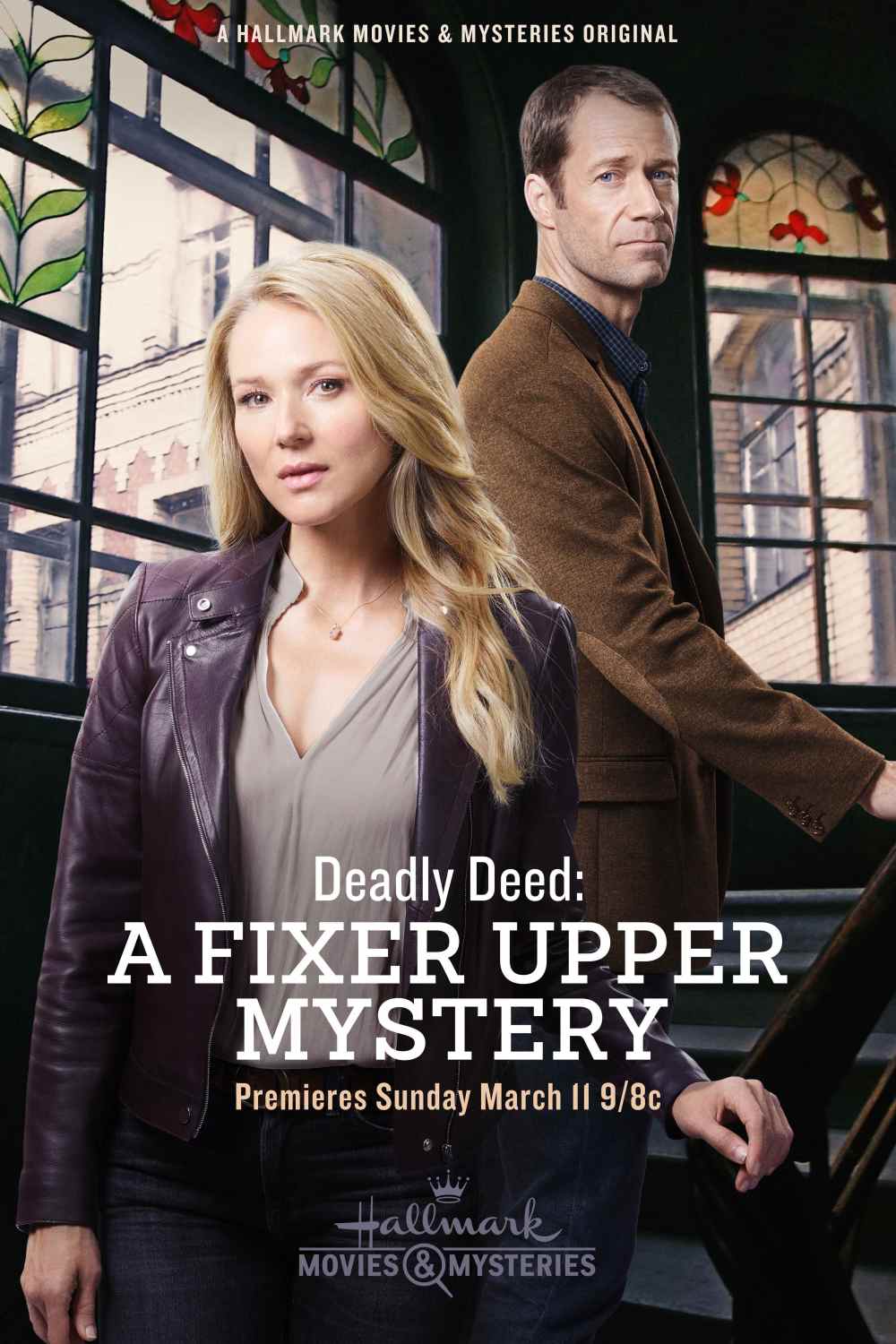 First up, on Sunday, March 11 at 9/8c, Gillis plays Whitney Sloane, a bookstore owner in an idyllic town called Lighthouse Cove. When the body of a local bank president turns up and foul play is suspected, the sweet bookstore owner seems to have a darker side than was previously revealed in Hallmark Movies & Mysteries’ Deadly Deed: A Fixer Upper Mystery.

“You need to take the audience on a ride,” Tammy commented. “In a mystery, every character needs to have a little bit of ‘maybe they did it’ because some sort of darkness about them was revealed.”

The two leads in Deadly Deed are Mac Sullivan, played by Colin Ferguson, and Shannon Hughes, played by Jewel.

“What was great about working on this Fixer Upper Mystery was the first MOW (movie of the week) I had ever done was with Colin. We filmed it in Winnipeg — before I moved to Vancouver — and it was called Inside the Osmonds (ABC). It was fun to be reunited with Colin and to see how much our careers have a evolved over the years.”

“Jewel was amazing!” Gillis continued. “She is very driven, very committed, and just an absolutely lovely human being. Sometimes, she would sing on set and we would get to hear her. It was incredible! She was off-book [performing from memory rather than script] for the entire movie… before they even shot it. John Cassini, who is a teacher here in Vancouver and also an actor and a producer, has been working with Jewel as her acting coach for the past couple of years. John was wearing a few different hats for this movie because he was coaching Jewel, he was executive producing, and he also acted in the film. [Cassini plays Jim Hopkins, a suspect whose alibi just might have a few holes in it.]”

“There was a bunch of people in that film that I’ve worked with before, so it just made it really fun,” she added. “We shot in Victoria, and I love shooting in Victoria because it is such a beautiful place. It almost feels like you’re not really working, you’re on a paid vacation and you occasionally have to go to set and do a little bit of work with your friends. I love doing Hallmark movies!”

There was, however, one challenge to filming Deadly Deed. It was shot while she was working on Freeform’s highly anticipated new series called Siren — which premieres on Thursday March 29 with a special two-hour event beginning at 8/7c. There were a couple of weeks when Tammy needed to commute between Vancouver and Victoria, so she’d take a floatplane out of Vancouver the first thing in the morning, work all day in Victoria, then fly back to the set of Siren either before sunset that night or at sunrise the next morning because the planes only operated from dawn till dusk. 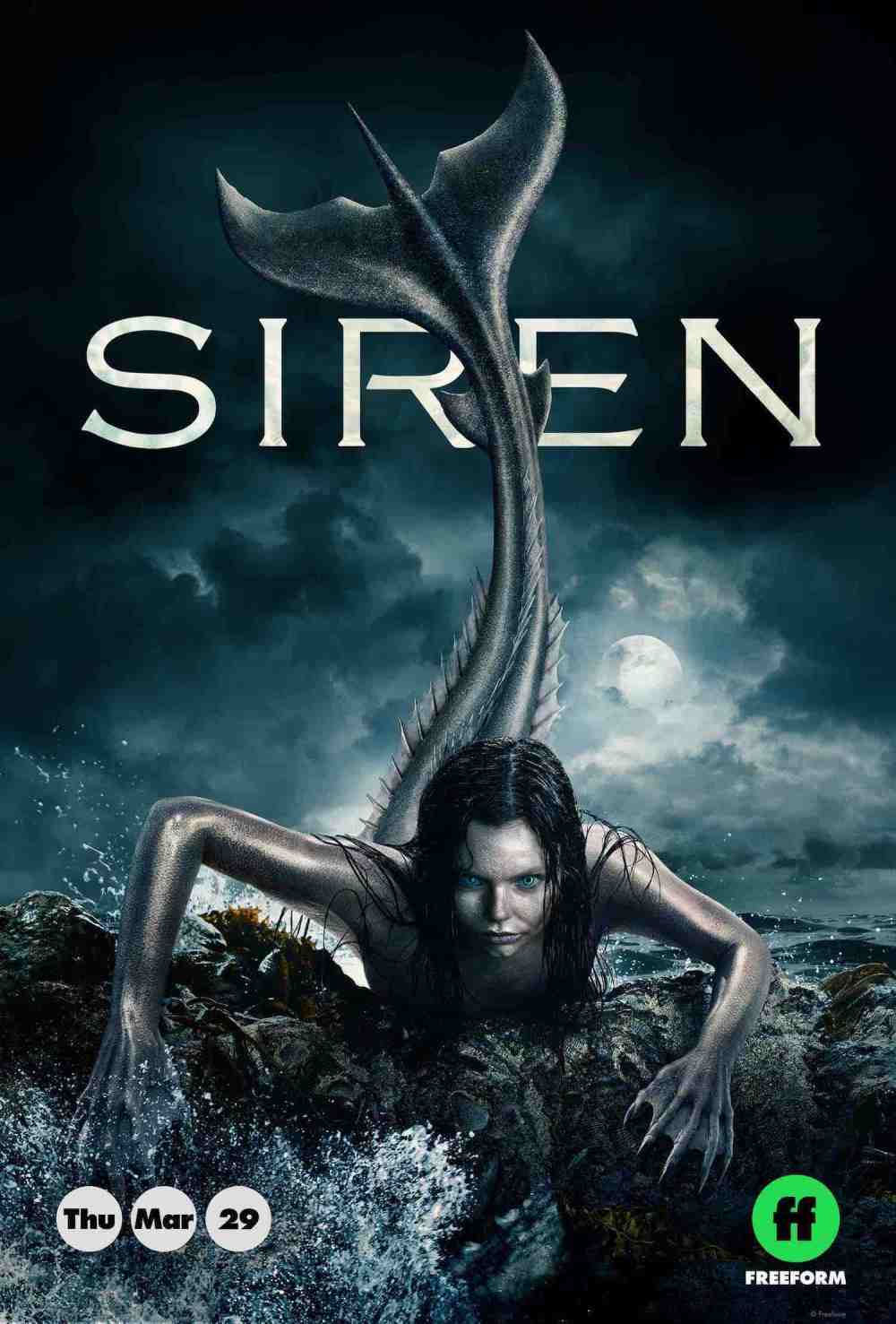 “Getting the role of Deputy Marissa Staub on Siren was kind of crazy,” Tammy recalled. “They had shot the pilot almost a year before, then all of a sudden, at the last minute, this audition comes in. Previously, they were looking for the deputy to be a man and they had gone through the whole audition process and found somebody they really liked. Then, at the last minute, the network decided they needed a woman. I went in for it, and the very next day, they told me I’d booked the job and it was off to the races! At that time, I was only contracted for three episodes, but I ended up doing eight of the ten, which was great!”

In between Deadly Deed and Siren, on Saturday, March 17 at 9/8c, you can see Tammy as Sarah in Hallmark Channel’s The Sweetest Heart.

“The movie stars Julie Gonzalo (Christmas with the Kranks) as Maddie and Chris McNally (Altered Carbon) as Nate,” Tammy informed. “Maddie is the owner of a cupcake and coffee café and she is trying to get funding to renovate her café. I play an interior designer named Sarah, who also happens to be Maddie’s best friend. I’m trying to help her find the finances to renovate the café, but I’m also trying to get her back into dating again. Then, of course, her ex-boyfriend shows up on her doorstep, so there’s a little bit of drama there.”

“Sarah is engaged to Luke and Luke is a contractor. We are working together to renovate the cupcake café, but Luke is dragging his feet a little bit on setting our wedding day, so that is starting to cause some problems in our relationship. I always love doing romcoms, and this one was super fun!”

Revisiting Paulo Coelho’s language of the world, here are a few interesting coincidences, thematic threads, and signs that all confirm Tammy Gillis is well on her way to discovering her Personal Legend.

• Tammy’s interview with Entertaining Options happened on International Women’s Day, a day set aside to celebrate women’s achievements throughout history and around the world.
• March is National Women’s History Month, which honors the extraordinary achievements of American women; Tammy has a remarkable three premieres this month.
• At a pivotal point in her career, her first MOW, Tammy worked with Colin Ferguson; Tammy just worked with Colin Ferguson again on Deadly Deed: A Fixer Upper Mystery, which is also an MOW.
• In Deadly Deed: A Fixer Upper Mystery, the main character renovates houses; in The Sweetest Heart, Tammy’s character and her fiancé are renovating a café.
• At the last minute, the role on Siren changed from a male deputy to a female deputy.

• Tammy played, Jane, an armed escort on Syfy’s Ghost Wars; she will be playing a deputy on Siren.
• Deadly Deed: A Fixer Upper Mystery takes place in Lighthouse Cove; Siren takes place in Bristol Cove.
• Not a single floatplane flight was delayed for fog or any reason, which miraculously allowed Tammy the possibility of filming on two sets at once.
• Tammy was a perfect fit for her latest role, the deputy in Siren; immediately following her interview with Entertaining Options, Tammy had to run out to a fitting for a new pilot.

Related: “Colin Ferguson: ‘On Hallmark, it’s about the love’”