Rose McIver is from a small beach town located just west of Auckland, New Zealand. She moved to the other side of the world to pursue her acting career. Between Season 3 and Season 4 of The CW’s iZombie, writer/director Michael Doneger (The Escort, This Thing With Sarah) asked Rose if she’d like to appear in a film called Brampton’s Own. The story follows a ballplayer who returns home after spending 12 years pursuing his dream of making it to the big leagues.

Brampton’s Own opened in select theaters on October 19. It is also available at Amazon, iTunes, GooglePlay, DIRECTV, Dish Network, and other popular on-demand services.

“The idea of ambition and balancing family and love and the people who matter to you is a really relevant topic for me,” Rose told Entertaining Options, “so the material connected quite well. The story is universal, it doesn’t matter where you are from, when you have chosen a career as your priority for a stretch of time, there are costs to pay.”

Dustin Kimmel, played by Alex Russell (Chronicle, Only The Brave), is the local sports hero, one of Brampton’s own. When he returns home after over a decade of minor league baseball, he feels out of place – everyone else has moved on, but for him, time has stood still. His ex-girlfriend, Rachel Kinley, played by Rose, is engaged to Eddie (Hart of Dixie, Speed Racer), the town’s most eligible bachelor.

“For some artists, your work is your baby. When you make it to the end of your life and you look back, it’s your work that will be your legacy not your children,” Rose noted. “I don’t want that to be myself at all, but playing ball is what gives Dustin great happiness.”

Besides looking at the sacrifices people make to chase a dream, the film explores the power of family, the importance of home, and making the choice to hold on or let go.

At a pivotal part in the story, Rachel is confronted with information that makes her question her life and her engagement to Eddie. She behaves in a way that, on the surface, seems selfish. But Rose defended her character’s actions.

“What would be selfish is to demand that somebody else change for you,” she explained. “She’s not sitting around waiting, Rachel creates her own destiny. There are over 7 billion people on this planet who could possibly give her what she needs. She’s opened herself to that. She let go of the love she had and let Dustin pursue his dream. I don’t think that’s selfish.” 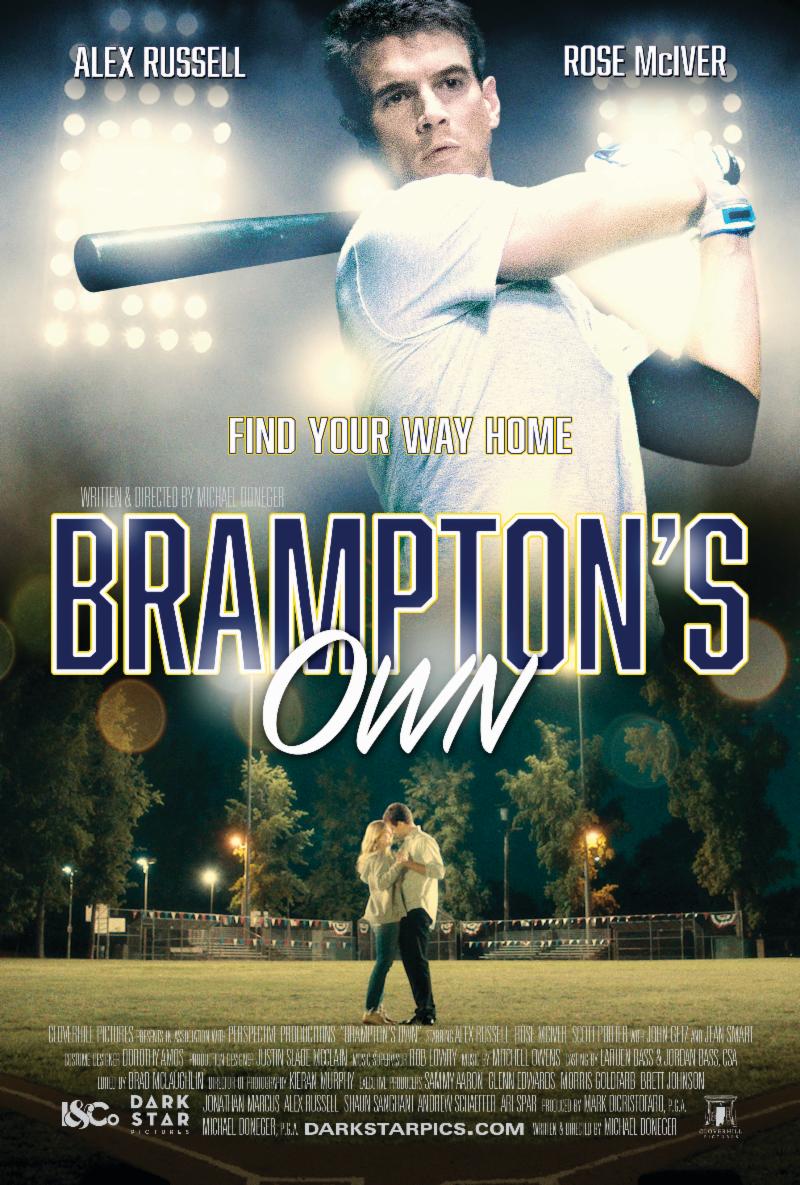 Rose was correct. Although the film is called Brampton’s Own, the themes and struggles that Dustin faces do not change him nearly as much as they encourage Rachel to grow. She’s the one who leaves a relationship that she shouldn’t be in. She’s the one who moves from letting life happen to making it happen.

When asked if she had to make any sacrifices in her personal life that were similar to what Dustin made in the movie, Rose replied, “I’ve managed to stay very, very close to my family. Everybody recently came out to Los Angeles to celebrate my birthday with me. My boyfriend is Australian, so we can go back to that part of the world together. When you’re trying to hold all of those threads in one hand while you’re building a life for yourself somewhere else, it’s all about balance.”

“I’ve been really lucky to have a family that has supported me from the start,” she continued. “I’ve always had really good moral compasses around me and I am very grateful for that. There are times when work can get a bit overwhelming, but because I’ve always maintained a strong connection with people who have perspective, I can lean on their judgment when I need to. ‘Should I do this? Is it a good thing to take?’ I have an amazing family and I can’t imagine how people can do it without that support.”

One of the most important things Rose has learned is how to say “no” and “yes” to the right things. “I need to say ‘no’ to be a functional human being. And self-care is very important too. You need to make sure that you stay a good version of yourself and not push yourself to the point where you can’t be a good partner or a good friend.”

That is another way that Rose and the fictional character of Dustin differ. Part of Dustin’s pain stems from the fact that he was so focused while pursuing his dream, that he forgot about the people who mattered the most to him.

“It’s a lovely night when you go to the theaters to watch a movie. But this is also a film that translates into the living room as well. The story is told in such a way that the experience is enhanced by watching it in an intimate environment with the people you care about.”

Brampton’s Own was written and directed by Michael Doneger. It stars Alex Russell and Rose McIver. It is currently playing in select theaters in Atlanta, Dallas, Houston, Minneapolis, Phoenix, San Francisco, Cleveland, Los Angeles, Detroit, and Chicago. Alternatively, you can watch it now via many popular on-demand services.

Rose is currently filming the fifth and final season of The CW’s iZombie. She promised it is going to be filled with surprises and a satisfying payoff for the loyal fans who have supported the series. The season premiere will happen in early 2019. 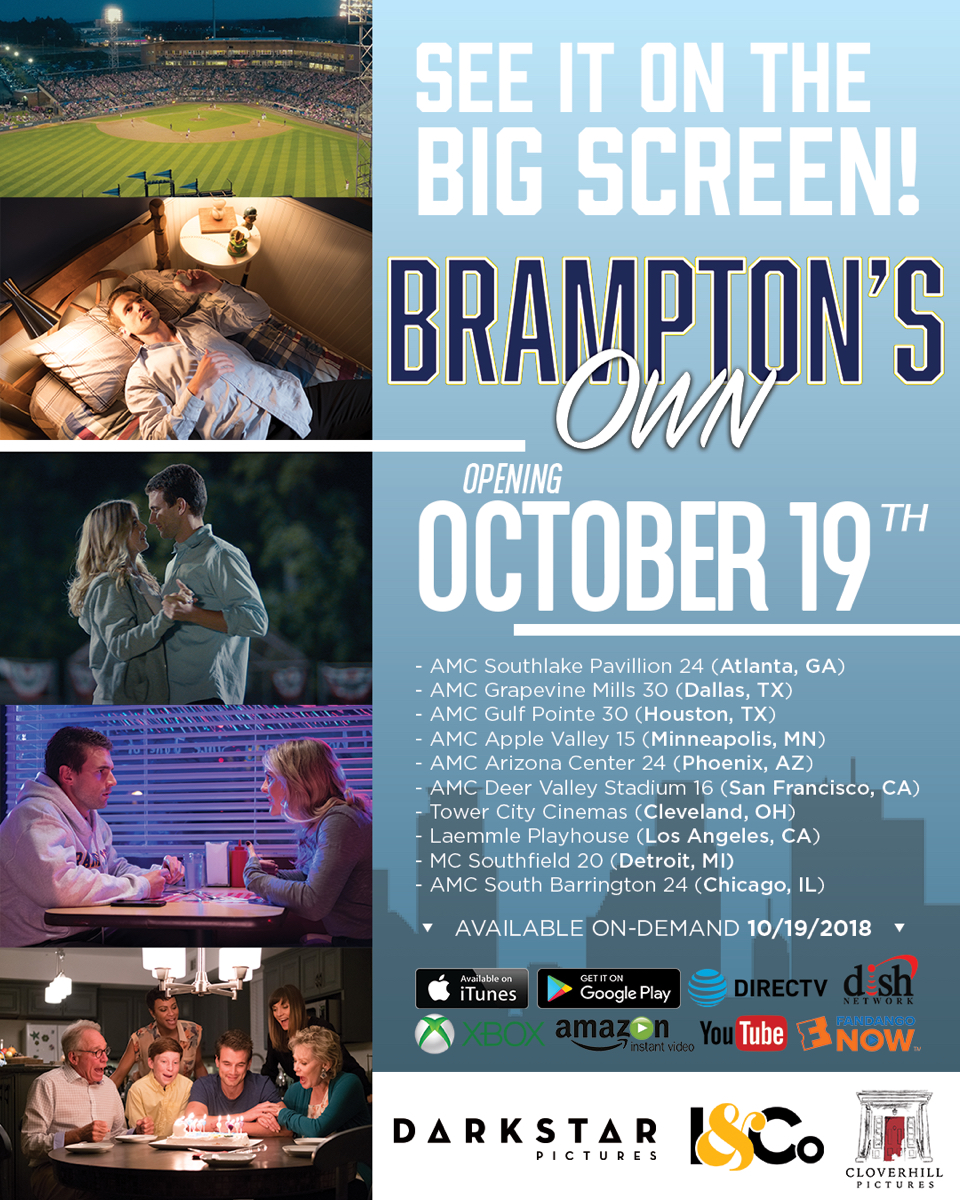