Currently, burgeoning rock superstar, Dorothy, is on her 2018 Freedom Tour. The two-month stint has been selling out venues across the country as the dynamic artist gets fans amped up for the release of her second full-length album, 28 Days in the Valley, the follow up to her groundbreaking, career-establishing, gritty powerhouse, ROCKISDEAD. The upcoming album was produced, engineered, and co-written by the legendary Linda Perry (P!nk, Christina Aguilera, Gwen Stefani) and it promises to elevate this Budapest-born, San Diego-raised artist from intimate thousand plus venue shows to epic stadium-sized world tour events.

Vocalist Dorothy Martin has a soulful, spitfire delivery that easily rivals the greats such as Janis Joplin or Grace Slick. It is bolstered by a stage presence that is at once larger-than-life and effortless, allowing her to deliver the type of performance you might expect from Mick Jagger or Stevie Nicks. When Dorothy steps in front of an audience, her natural swagger makes it clear that this is what she was born to do. Her words, music, fierce vocals, and unadulterated joy connect savagely with her ardent fans, who range from 8 to 80, raising frequencies and elevating moods to euphoric levels.

In May of 2017, Dorothy released a stand-alone single called “Down to the Bottom,” which debuted at #1 on Billboard‘s Heatseeker’s chart. The anthemic song with the addictive hook that chants “Take me down, everybody down/Take me down, down to the bottom,” thematically represents what was going on in Dorothy’s life during the making of 28 Days in the Valley.

After a brutal night of hard-partying, the singer showed up at the studio to lay down some vocals for the album. After completely blowing it, Perry, who also manages the band, warned, “If you feel you can’t do this, tell me now because you’re wasting my time. You are better than this. Call your sponsor, go to a meeting, get your sh*t together because these songs are great and we are going to make a f***ing great record.”

“I hit my rock bottom that day,” Dorothy stated in a press release. “I sounded like sh*t. I felt like sh*t. I looked like sh*t. I was making my band suck. I was erratic. I was crying. Linda sat me down and handed me my ass.”

“This was a spiritual journey and very healing, and because of that it’s an unapologetically honest record. Somehow Linda knew I had more to give as a singer and writer. I used to hide behind the tough girl sound, but she taught me that there is power in my vulnerability and that’s what you get on this record.”

Speaking of vulnerability, the first single off the upcoming album is a potent, heart-wrenching scorcher that begins with the devastating lyrics, “You said you loved me, but you threw me out in the garbage/Now I’m starting to stink, but everybody thinks I’m flawless.” However, by the song’s end, Dorothy emerges triumphant as she defiantly proclaims, “Coming out of all my darkness/Now that I’m flawless/ Can you feel it?/Can you feel it?”

“It’s about an ex who really did a number on me,” she explained. “This one came fast to me. It was very subconscious… like I’m channeling them. Linda pulled the lightness out of me, both personally and musically. This record is definitely still bold, but it’s happier. It’s kind of like the butterfly coming out of the cocoon, which is why the band logo now is a butterfly.” 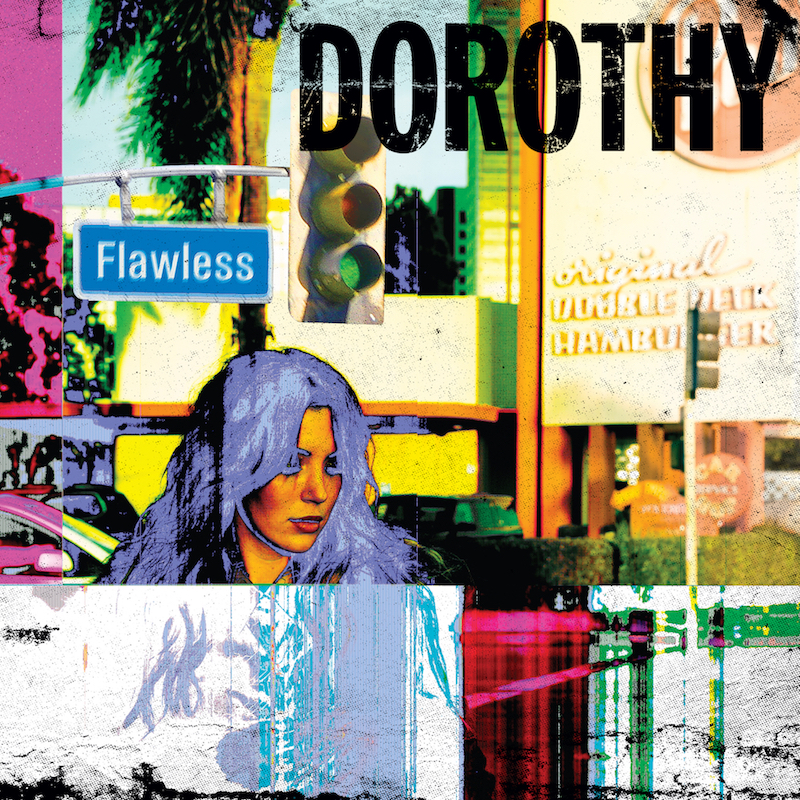 Additionally, BOSS, the company dedicated to supporting musicians and helping guitarists realize their dreams, has teamed up with Dorothy to support the band’s grassroots initiative to select local artists as opening acts. [For information on how to submit your band, click here.)