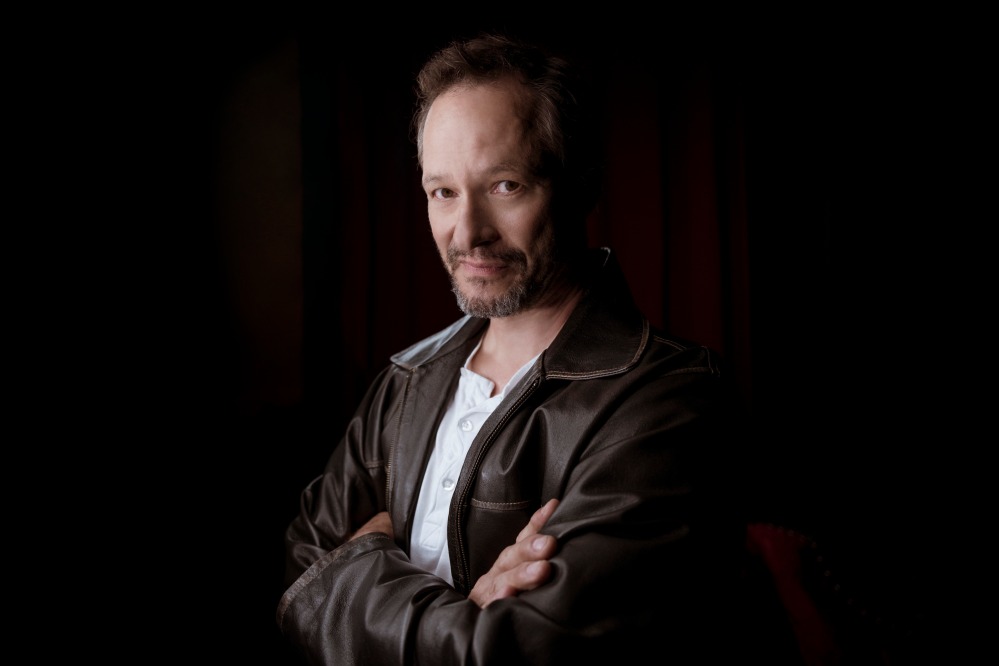 Molly’s Game is the critically acclaimed movie directed by Aaron Sorkin that is based on the life (and book) of the infinitely intriguing Molly Bloom. Molly was an Olympic-class skier ranked 3rd overall in North America. However, more astounding, she was also the young woman behind the world’s most exclusive high-stakes poker game. Players of her Molly’s game included Hollywood’s elite, celebrity athletes, the top titans in business, and — unknown to her — the Russian mob. The film premieres in the US on December 25, then it has a wide release on January 5. Jessica Chastain plays Molly Bloom. Veteran television actor, Bruno Verdoni, plays Pat, Molly’s bodyguard.

“At first, I was wondering why Aaron Sorkin would pick this story for his directorial debut,” Bruno confessed to Entertaining Options. “She’s quite beautiful and she’s the hostess of a poker game, but why would Sorkin want to write a movie about that? Then, you read into it a bit more and find out that she used to be an athlete and she started doing these poker games and winds up being surrounded by some really well-known celebrities. We get to see how she was treated by all these people — some not so well. But then she got caught by the FBI and a whole lot of things have happened since then, things that are not in her book. This movie has a whole third act that is not in her book. So now, I understand why this story was the one he wanted to do.”

When asked about the inner workings of filmmaking and the actual role of a director, Bruno replied, “Most of the people involved in making a film have something very important to contribute. A director cannot function without input from people like the art director, the costume designer, the gaffer, the DP, the first AD, the second AD, and the actors. The director is the guy who is leading the troops, but he doesn’t have all the answers. He needs to know how to surround himself well. And people need to respect that structure so you can actually make a movie. Otherwise, it would be chaos.”

As noted, Bruno plays the bodyguard. Molly has to carry an incredible amount of money whenever she has a game and Pat makes sure she is never by herself. Consequently, he was in the enviable position of having all his scenes with Jessica.

“How’d I get the role?” he laughed. “It was really just the regular process of an actor getting an audition. Usually for auditions, you see the casting director first, and if you get picked, they bring you back and you do it again in front of the director, producers, and whoever else wants to be there. But this one was different because they actually needed a dual citizen [US and Canada], so they were not looking at a whole lot of people. I was just called in to audition for the casting director, Aaron Sorkin, and his producer… and that was it. Only three people went on the audition, so I was very excited. But it wasn’t like there wasn’t any pressure. Even though you knew you got picked, you also knew you really had to deliver!”

Bruno is internationally known for his extensive work in television. The accomplished actor has appeared in numerous television series including NCIS: Los Angeles, The X-Files, Being Human, Reign, Smallville, The L Word, The Andromeda Strain, Stargate: SG-1, The Expanse and Damien, to name but a few. Entertaining Options wondered, “Was it different for the actor to work on a film?”

“Absolutely not, in the sense that I always prepare the same way,” Bruno informed. “For me, acting is acting. You know that the pacing will be very different between television and a feature film, especially one that’s coming directly from Hollywood with a lot of money behind it. You also know they are going to take the time to shoot and get everything they need. Television goes by so fast. I don’t know how many times I was expecting a medium close-up or a close-up, so I was kind of conserving my energy and then I realized there wasn’t going to be enough time for the shot. With a feature film, you know they will probably overshoot, which is fine, and the environment is a bit more relaxed. But like I said, I approach it the same way. Obviously, it’s more fun when you’re working with someone like Jessica Chastain — she’s theater trained so you know it’s going to be a good game of tennis.”

Fun Fact: After Bruno played Troy Hendrie on an episode of A&E’s Damien, he received a note of thanks from Executive Producer Glen Mazzara. Bruno joked, “Probably because he didn’t expect an old man like me to do stunts for two days!” 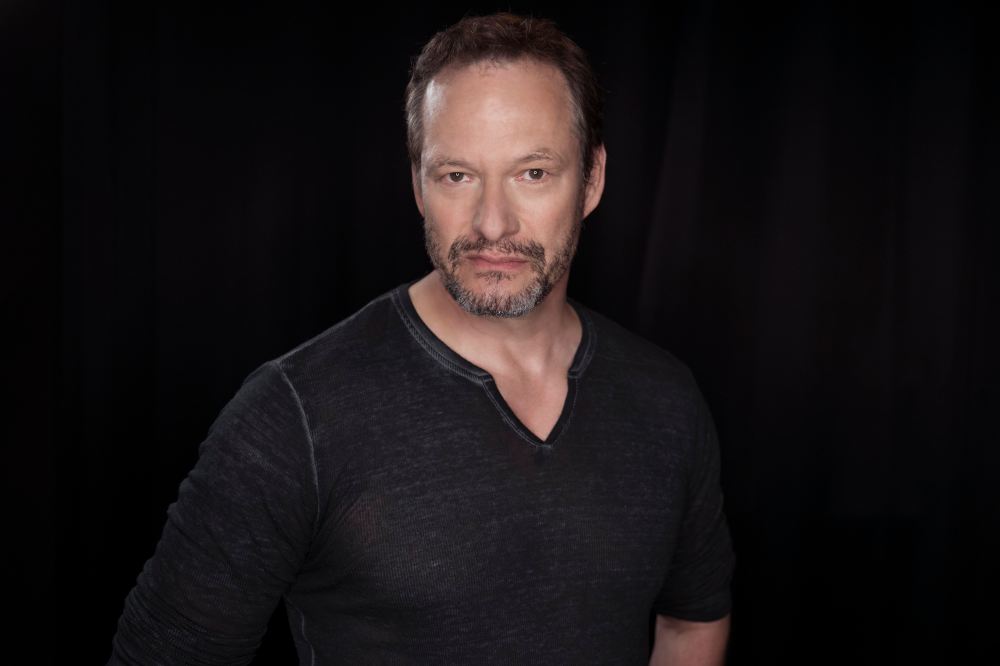 Before Bruno became an actor, he was a progressive rock musician and a backup singer. Interestingly, about seven years before landing his first television role, Bruno played “Rick’s Keyboard Player” in Eddie and the Cruisers II: Eddie Lives!

“When you’re on stage, you have to telegraph your performance to the people in the back rows,” Bruno noted. “But when I’m on a set, that’s what feels like home to me. I think acting has always been in me because of my love for movies. I remember as a kid coming out of Rocky — it’s still one of my favorite movies — and I was just elated. I don’t know why. Maybe because I’m also Italian and my dad used to do a little boxing?”

“At some point early on in my career, I was on set for a feature film that was being shot in Montreal,” he continued. “I was doing background work and they gave me an upgrade. I didn’t have any lines, but I had to establish a relationship with the lead of the movie who was a real bad guy. All I could do was look at him, and you had to know what was going on. I remember I wasn’t nervous, I was excited. I knew I could do it even though I was very young and inexperienced. That’s the moment I realized this is home, this is what I should be doing.”

Since Entertaining Options is located in the Philadelphia region, we were curious if Bruno had a Rocky story. It turns out, he did!

“I lived in Hollywood for about 10 years and I was driving to an audition,” he reminisced. “To get me in that state of mind for the audition — it was a big role — I was singing the ‘Theme From Rocky’ in the car. As I’m singing, I realize that I’m driving on Balboa Boulevard. I stopped at a red light and this guy crosses in front of my car. It turns out, he’s the guy who plays Rocky’s brother-in-law [Burt Young]. I had chills on my arms! Unfortunately, I didn’t get the part, but it was such a weird connection. That was my Rocky moment.” 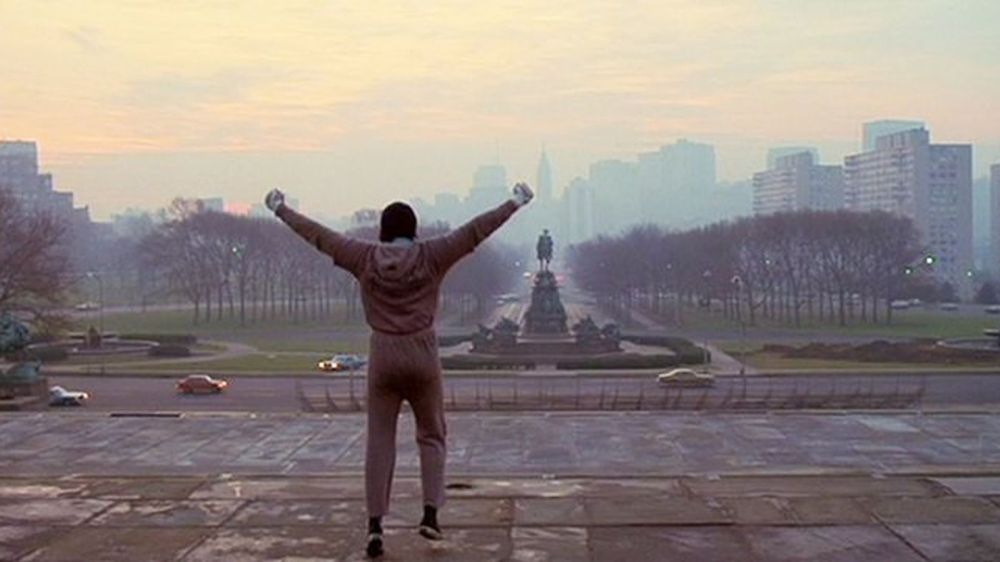 In closing, Bruno revealed that he is stepping back into his music.

“I’m trying to diversify, so I’ve been working on directing. I just finished a short and I’m writing the music for it. I hope Molly’s Game gives me a little bit more visibility so I can keep working with people like Jessica Chastain. The more you play with the big guys, the more quality you access. For me, as a creative person, that’s really what it’s all about.”

Molly’s Game opens in the US on Christmas Day.